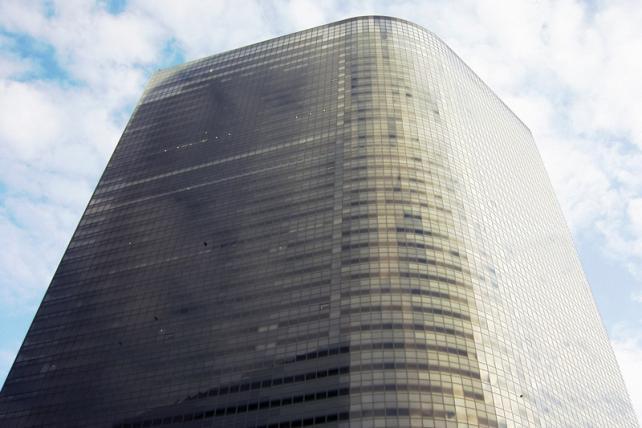 "My first thought was kudos to Dentsu for taking the step and being proactive in alerting their client to this issue versus what could happened the other way around with finding out from an audit," said Bill Duggan, group executive-VP at the ANA.

He added that he was not surprised about the irregularities being in the digital sphere since the space is "murky and complicated and has a supply chain with many people who touch the clients business." Digital lends itself well to "non-transparent activities," said Mr. Duggan.

Andrew Swinand, who launched a media consultancy called Transparent Media Partners in February, said the Dentsu-Toyota announcement "is going to be the first of many."

Indeed, according to a Wall Street Journal report, two prominent ANA members, J.P. Morgan Chase and General Electric, were conducting audits of their media agencies following findings of the rebate inquiry by Ebquity and K2. The story also reported that a host of powerful members -- AT&T, Allstate, Walgreens, Heineken, Fidelity and US Cellular – were also "trying to get more liberal auditing rights such as the right to audit individual divisions of the holding company or tougher language in new contracts with their agencies."

Mr. Duggan declined to elaborate on the marketer audits, other than to say those named by the Journal -- some of which are ANA members -- likely saw the K2 report and took "appropriate steps." He also noted that in the case of J.P. Morgan Chase, financial services "is an area of extremely high scrutiny and accountability."

The ANA recently released transparency guidelines that called for marketers to diminish "non-disclosed agency activities." The association hired Ebiquity as well as investigative firm K2 Intelligence in October to investigate allegations that agencies were collecting rebates from U.S. media-buying deals.

Mr. Duggan said he believes the K2 report has "helped raise visibility of this issue."

The 4A's rejected the ANA's transparency guidelines from Ebiquity this summer, and as of this week, the advertising-agency trade group informed members that it's own Transparency Guiding Principles of Conduct are now a practice standard for membership rather than a recommendation. 4A's representatives declined to comment on the latest Dentsu news.

Australia's AdNews first reported that a performance marketing unit of Dentsu in Japan had overbilled Toyota for work for "at least five years." The Financial Times said Dentsu held emergency talks with more than 100 clients to try to contain the damage; it also reported that clients had raised questions about 160 possible instances of overcharging.

"This is an issue confined to Dentsu in Japan," Dentsu Inc. said in the statement. "We are taking this matter extremely seriously and investigating the issue to fully understand the facts. All clients who may have been impacted have been communicated with already."

"Clients and agencies need to do some work in terms of working out media transparency and clearer standards and protocols," Mr. Swinand said, adding that the industry has to figure out how to "unwind this and save relationships."