QR Codes and Other Common Tech Bring Patent Claims Too Often, ANA Says
READ THIS NEXT
Massachusetts sues Publicis Health, alleging it ‘fueled’ opioid crisis in state through its work for Purdue Pharma 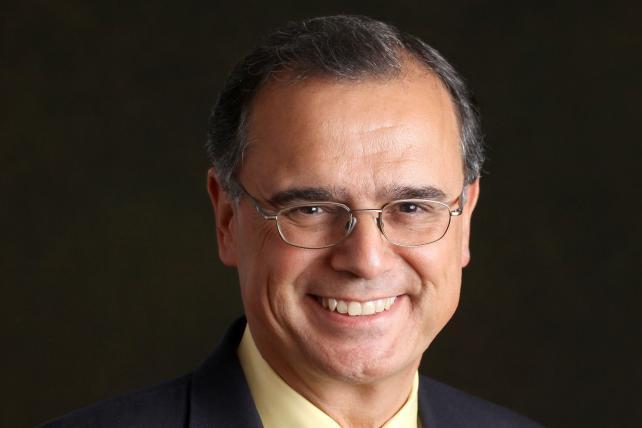 As marketers and their agencies increasingly churn out digital products like apps and use tech such as QR codes, patent claims against them have grown in step, costing millions of dollars in legal fees and settlements. Now the Association of National Advertisers is trying to provide its members a fix for this particularly modern challenge: good old-fashioned insurance.

The ANA described its product as a tool against so-called patent trolls, which it said often go after marketers and agencies for digital tactics as common as using QR codes to direct a mobile device user to web content, putting a store locator on a website, placing static ads in a video stream and embedding a URL in a text message.

"Patent trolls have been a growing issue for in the advertising industry in recent years, costing advertisers and agencies millions of dollars in fees in order to avoid paying even more to defend themselves in court," ANA CEO Bob Liodice said in a statement.

The insurance company will sell the policy exclusively to ANA members and handle claims. The ANA, which will not make money on the new product, has helped to shape it and is committed to marketing it to its members.

How much is the insurance, and what does it pay for?

Members can choose from two policies, including a $500,000 plan and a $1 million plan, which will cost between $10,000 and $20,000 per year. The policy covers certain legal fees but not settlement costs, which are popular among defendants that estimate that it will cost less to settle than to sustain drawn-out court cases.

For some, the insurance may be worth it. The $500,000 or $1 million can be used to help pay for a portion of legal fees that pile up when an advertiser decides to fight in federal court, according to Alex Fjelstad, senior VP at Twin City Group, the insurance broker that connected the ANA with Scottsdale Insurance Co. It can also be used to help pay for proceedings before the Patent Trial and Appeal Board, or PTAB. Defendants fighting patent claims in front of PTAB have an 80% success rate, he said.

The costs of some federal proceedings, however, can easily surpass $500,000. "If these cases go through Federal District court, you're talking two to three times the $500,000," Mr. Fjelstad said.

What about the ad agencies?

A few years ago, one agency CEO -- he wished to remain anonymous -- said his shop had to pay around $50,000 to one patent troll to avoid what could have become a much more costly legal battle, with the client kicking in another $50,000. The "troll" had claimed that the concept of an online video with a specific kind of instructive content violated its patent. The agency CEO decline to disclose more details about the client or video.

There haven't been many costly patent incidents in a few years for this shop, according to the CEO. But the troll issue is still alive and well in client contract negotiations in which both the agency and client attempt to spell out who is responsible for potential settlement costs and legal fees, he said. It's not always black and white, especially when there are other agencies involved in a single project and no one is taking responsibility for the original idea.

"There's still a lot of uncertainty around patent assertion entities," said Bill Duggan, exec VP at the ANA. Much of that uncertainty, predictably, revolves around who pays any settlement or legal fees. "Agencies are saying to clients, 'You guys need to be responsible'; clients are pushing back and saying agencies are responsible .... Both clients and agencies should consider some kind of shared liability."

The new insurance product could indirectly help agencies, however, because it covers ideas and products wherever they originate, even if that's outside the advertiser's walls. The advertiser also has the option of covering or not covering their in-house-created and -developed ideas or products.

What's in it for the insurer?

What's taken so long for an insurer to step up and offer adland protection for a pervasive and growing issue? Large insurance companies have shied away from offering such protection, as it's costly and high-risk. Scottsdale Insurance Co. sees a potential business built on volume, thanks to the ANA's long list of potential customers, said Mr. Fjelstad.

Mr. Duggan called the $10,000-to-$20,000 rate "affordable." Mr. Fjelstad said it's relatively low compared to more generic patent policies. "The rule of thumb for patent infringement defense coverage is 2%% to 3% of the limits you purchase," he said.

Scottsdale Insurance Company and the ANA are also playing up improved predictability of costs in the marketing budget.