Viewpoint: With Performance-Based Incentives, All Hope Is Not Lost
READ THIS NEXT
BBDO Health names Jon Chapman its first-ever chief creative officer

For all the talk about value-based compensation, anyone who has been regularly reading Advertising Age or recently attended an ad-industry conference might be surprised to see that the industry has made no real move towards this system.

The Association of National Advertisers just released its triennial "Trends in Agency Compensation" survey, which found that value-based arrangements account for less than 1% of the 1,000-plus agency compensation agreements reported in the ANA survey. What's more, the survey found the much-maligned "labor-based fee" is on the upswing.

My experience consulting on compensation matters confirms what the ANA survey suggests. The reality is that despite Coca-Cola's heavily publicized initiative -- and a steady stream of industry leaders condemning labor-based fees and encouraging marketers and agencies to embrace new methods that pay for the value of work -- value-based pay is generating a whole lot of interest, but few takers.

The question is: Why? Is value-based compensation destined to hit the scrapheap of failed ideas, or will it ever take off as a viable method of agency compensation?

I believe there are three key reasons, client-related and agency-related, why value-based compensation has yet to catch fire.

DEFINING VALUE: Clients have difficulty defining, measuring and aligning on the "value" of their marketing, let alone figuring out how to define and measure their agency's specific contributions. The degree of difficulty increases when a marketer is working with multiple agency partners.

TIME COMMITMENT: Establishing a value-based compensation plan is time-consuming, and marketers find relative simplicity and transparency in current fee methods. Coca-Cola has communicated that it too years for it to think through and align on its method (and Coke should be applauded for putting the time and thought into the system that it did). But many marketers will shy away from such a commitment, preferring to stick with a familiar method. Remember: Labor-based fees did not overtake traditional media commissions overnight; that happened over a 15-year period.

RISK-AVERSION: Most agencies, particularly the publicly-held ones, would rather steer clear of the risk inherent in value-based compensation. For all the flaws of labor-based fees, they allow the agency some assurance of getting a planned level of revenue and at least a shot at a reasonable profit. Plans like the one Coca-Cola has adopted require an agency to put a good portion -- or all of -- their profits at risk in exchange for a higher, value-based upside reward. Agencies are often concerned that the client's measurement of "value" involves performance in areas heavily influenced by factors outside the agency's control (e.g., sales), and wonder if the potential of a high upside reward will outweigh the risk of low or no reward.

Before anyone assumes I think all hope is lost for value-based compensation, let me point to two trends that suggest a glimmer of hope. A significant percentage of the country's marketers are employing performance-related incentives with at least one of their agencies. Although there are certainly examples out there of bad incentive structures and execution, the good news is that incentives are at least a basis for a focus on "performance" and "value" instead of just "cost" in many client-agency relationships.

Simply put, performance incentives are a sound way to move to a value-based compensation model. The P&G "sales commission" method is gaining traction, especially with package-goods marketers. This can be considered another type of value-based compensation, albeit one focused primarily on sales performance as opposed to other "value" factors. However categorized, it does represent a big move away from discussions of agency labor and profit margins.

For those advertisers and agencies that are truly interested in looking more closely at value-based compensation, but are overwhelmed by the perceived challenge, I recommend the following:

FOR BOTH MARKETERS AND AGENCIES: Leave compensation off the table and have a serious talk in which both of you can align around the definition and measurement of how the agency is expected to add value to the client's business. This conversation is happening in too few relationships. A clear understanding of the objectives, the roles and the expectations of the agency will almost invariably lead to better work and improved agency profitability, regardless of the method of compensation. Second, if you already have performance incentives in place, explore how you can evolve them in a win-win manner. If you don't have incentives in place, start with an incentive plan that is a component of your current compensation model instead of trying to jump all the way to a Coca-Cola model.

FOR MARKETERS: Try to focus on the outputs of the agency rather than the inputs that go into the work. Treat your agency's work as an investment to grow your business rather than just as a cost. This outlook will better inform the most basic labor-based fee discussion and is crucial for a serious discussion of value-based compensation.

FOR AGENCIES: You need to focus your attention on the "value" your clients will find most important, and be willing to put your money where your mouth is by putting some significant skin in the game. Few marketers, and certainly very few of their procurement professionals, will be interested in paying more because your ad ran in more countries or won some awards. A focus on significant and measurable results (e.g, sales, improvement in brand preference, qualified lead generation, etc.) and a compensation proposal structured on a "you pay for results" basis will get more serious attention from most clients.

While it's true that the majority of marketers I've spoken with aren't really clamoring for a new compensation method, many are willing to consider other options -- and are looking to their agencies to be proactive in leading the discussion. For the topic to ever get past a discussion to a reality, the solutions can't come from marketers or compensation consultants alone. Since Ron Baker and the 4A's sounded the charge on value-based compensation a few years ago, my firm has conducted agency reviews and negotiated compensation agreements for dozens of clients involving hundreds of agencies. I've had a grand total of four agencies bring up the subject of a value-based option. Are current fee methods simply one more thing to whine about, or are more agency leaders ready to step up to the plate and engage their clients on this? 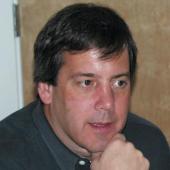 David Beals
David Beals is president-CEO of JLB + Partners.
View all articles by this author