The Omnicom agency won a four-way pitch to build the VR campaign for St. Jude, in partnership with Facebook and Flight School
READ THIS NEXT
Shaquille O'Neal opens diversity-led agency with creative vet Omid Farhang 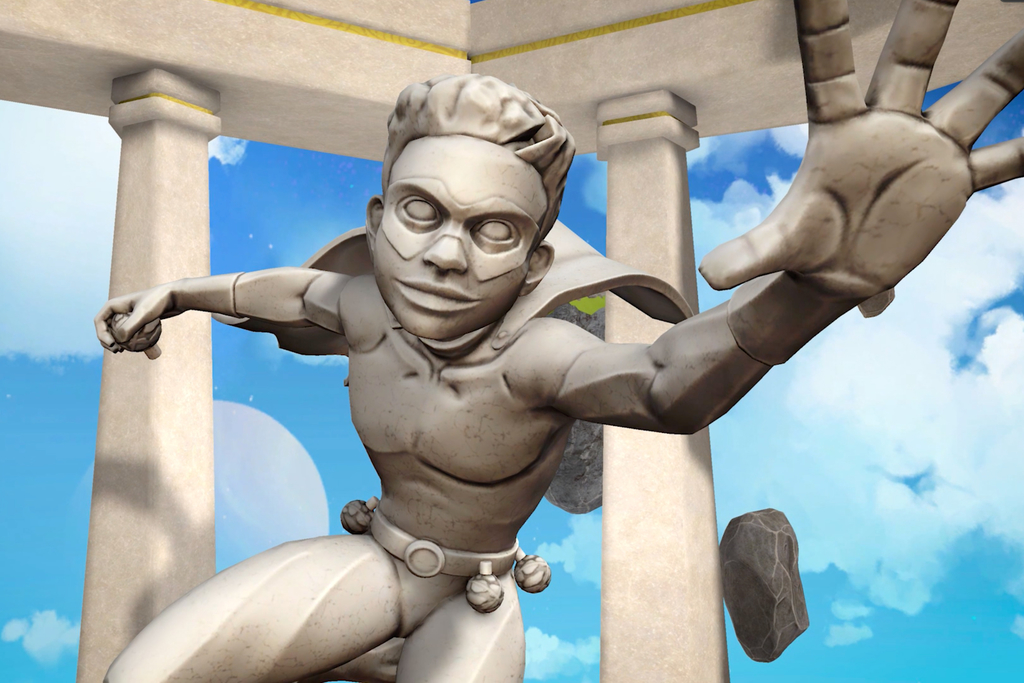 St. Jude patients are depicted as formidable heroes in this VR experience created by BBDO in partnership with Facebook and Flight School

Omnicom Group's BBDO New York has created a virtual-reality experience that brings to life the heroism and strength of children living with cancer in the first campaign for Made For St. Jude—a collaboration between St. Jude Children's Research Hospital, Facebook Creative Shop, VR for Good and studio Flight School to explore creative solutions that will benefit the organization.

"St. Jude Hall of Heroes" presents a VR world of towering sculptures, in which the young cancer patients create formidable, 60-feet-tall superheros in their own image, each one standing on its own floating island. Viewers are able visit the statues and discover the stories behind the heroes, as told by the children themselves and their families. Through these interactions, viewers also learn details about patients' day-to-day lives—such as how Caleb plays guitar to take his mind off the side effects of chemotherapy.

A introductory video is being distributed across Facebook, and the VR experience will be available for demo on Oculus Quest devices in select Best Buy stores starting on Friday. The full experience will debut on the Oculus platform in early 2020.

“We’ve only just begun to explore the creative potential of VR—to share stories, to build worlds and connect people,” says Eric Oldrin, director of emerging platforms at Facebook. “St. Jude Hall of Heroes does all three in a celebration of bravery that we hope inspires people to support their cause—but also to continue this uncharted journey of creativity through virtual reality.”

BBDO was selected for the campaign following a four-way pitch against Arc Worldwide, Interpublic Group's McCann Paris and R/GA, held during the Cannes Lions International Festival of Creativity in June.

The project was spearheaded by Facebook and its Oculus VR, and the release of the experience coincides with St. Jude's 16th annual "Thanks and Giving" campaign, which raises funds during the holiday season for treatments and research.

"For the past 50 years, the modernization of science and research technologies have enabled St. Jude to fund and advance cures for pediatric life-threatening diseases," says Richard Shadyac, president and CEO of ALSAC, the fundraising and awareness arm of St. Jude. "St. Jude Hall of Heroes is inspired by that spirit of leading-edge change and puts the focus on the real heroes among us, our brave St. Jude patients."