The memo, sent to staff by Creative Chairman John Patroulis, states that Mr. Lafferty and Mr. Weiss are leaving to pursue new opportunities, but their next endeavor is not linked, according to someone with knowledge with the matter. 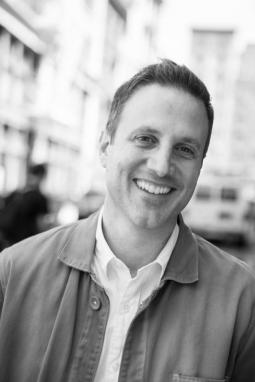 Mr. Patroulis wrote in the email that Mr. Lafferty is "a terrific leader and we've gotten better with him around."

Upon Mr. Lafferty's departure, Global Chief Growth Officer Mike Densmore will take on the dual role of interim CEO, the email states. "We're happy he took us up on it as he has deep experience as a top creative account man running some of the most high profile accounts in the business - as well as founding his own creative agency, Modernista, in Boston," wrote Mr. Patroulis in the note.

The memo states that BBH will "immediately start the search for the next CEO."

However, the new CEO's remit will be that of New York, rather than North America, according to someone with knowledge of the matter. BBH's offices in North America include New York and Los Angeles, which is led by managing director Frances Great. The agency also has offices in London, Stockholm, Mumbai, Shanghai and Singapore. 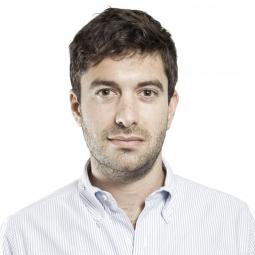 Mr. Weiss, who has been with BBH for nearly six years, was promoted from executive creative director to chief creative offficer for New York in January 2015, a role previously held by Mr. Patroulis. To fill Mr. Weiss' spot, Mr. Patroulis will permanently resume his former chief creative officer duties while continuing to serve as chairman.

"This has the benefit of creating a simpler leadership structure - creative/strategist/account - which has worked out pretty well for BBH throughout its nearly 35-year history," wrote Mr. Patroulis in the note to staff.

He added in the memo: "And while we're obviously sorry to see these two go, with our current great stable of talent (meaning, you know, YOU) we're excited to see where this next step takes us."

Mr. Lafferty, Mr. Weiss and representatives from BBH were not immediately available for comment.

At the beginning of the year, BBH announced that Pelle Sjoenell, formerly exec creative director of the agency's Los Angeles office, stepped up to the post of worldwide chief creative officer. The global chief creative officer role was previously held by Alexandre Gama, who left the agency in January to focus more closely on his own shop, the Publicis Groupe-owned Neogama, among other projects.

BBH has been experiencing an exodus of sorts, primarily at its London headquarters, which has seen the departure of key execs including former Managing Mel Exon, Deputy Exec Creative Directors Rosie Arnold and Caroline Pay and Joint Strategy Officers Jonathan Bottomley and Jason Gonsalves.

Elsewhere, BBH's regional office in Singapore announced that Executive Creative Director Scott McClelland will return to his native Australia at the beginning of 2017. Joakim "Jab" Borgstrom, a group creative director at BBH London, is moving to Singapore in November to replace him.