Bel Group, the French marketer behind cheese brands including Boursin, Laughing Cow and Mini Babybel, named Mediavest Spark as its media agency across 20 markets including the United States.

Mediavest Spark grabbed the business that was previously handled by Omnicom's OMD.

Publicis Groupe's Mediavest Spark is primarily overseeing the account from Paris, with other offices pitching in, including Chicago for the U.S. work.

Bel Group's global media billings are said to be in the $135 million range, with the U.S. business accounting for more than one-third of that total.

The change, which went into effect at the beginning of April, comes soon after Francis Perrin joined as chief marketing officer for the U.S. division.

In a letter to media partners, Mr. Perrin said Omnicom Media Group had been an "excellent partner," but "due to evolving business needs, we have determined that Mediavest Spark will be the best partner for us moving forward." 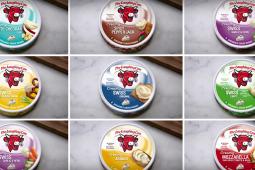 WPP's Y&R retains the creative account for Bel Group. In the U.S., the company has been on TV in recent weeks promoting its existing Laughing Cow line and new cheese dippers products in spots featuring the brand's red cow character and the tagline "reinvent snacking."

Bel Group's sales declined 0.4% to just under 2.94 billion euros last year, which the company blamed in part on a retail price war in Europe, particularly in its home market of France. Sales in 2016 increased in the company's Americas and Asia-Pacific region.