The move comes as VSA, long known as a design firm, works to strengthen its consumer-marketing discipline. In the past couple years the agency has made a number of senior hires to beef up consumer marketing, including Bill Rosen, former president-chief creative officer at Arc Worldwide.

About 25% of VSA's revenue and staff of 300 is now tied to consumer marketing. 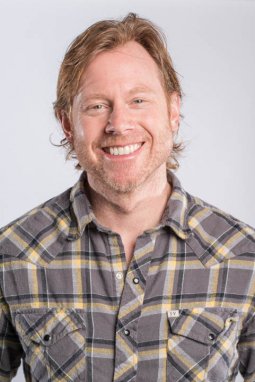 Mr. Rosen said that the agency has been quietly branching out in the last couple years beyond its roots in design work for clients such as Harley-Davidson, Under Armour and IBM. Though Mr. Winter's move to VSA may be viewed as an "unexpected choice," Mr. Rosen said, he was an obvious exec for the job given his portfolio of work.

VSA has been been building a team to connect "digital, design, advertising and data in new and innovative ways that drive results for our clients," said Mr. Rosen. "Bob Winter is precisely the kind of industry leading creative talent who will continue to push us forward."

Mr. Winter joined CP&B in October 2012 and led creative for the agency's Miami office. Prior to that he was chief creative officer at Y&R's Chicago office, though he's probably best known for the Bud Light "Real Men of Genius" campaign, which he worked on at DDB. Mr. Winter has also had creative roles at Goodby Silverstein & Partners and at Leo Burnett. Other brands he's worked on throughout his career include McDonald's, Nintendo, Craftsman, Altoids and Netflix.

"VSA feels like a new model," Mr. Winter said in a statement. "Amazing designers and writers, super smart planners and data scientists, plus genius technologists who can make anything for any channel equals big, beautiful creative that actually works."