BSSP Wins Mitsubishi as the Brand Prepares to Boost Marketing 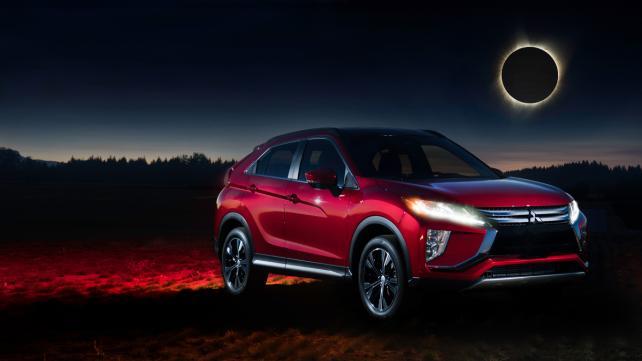 Mitsubishi sought to build buzz for its new 2018 Eclipse Cross compact crossover by linking it to the solar eclipse.
Credit: Mitsubishi Motors

The Sausalito, California-based independent agency, which resigned the U.S. Mini account in March, will take over as Mitsubishi's agency of record for creative, social and digital duties after a review, according to the automaker. Mitsubishi recently parted ways with Omnicom Group's 180LA after a seven-year relationship.

Mini, which is owned by BMW, has yet to name a new U.S. agency. BSSP severed ties with the brand in March prior to an anticipated review. Now the agency takes over Mitsubishi as the brand prepares to increase its marketing spending ahead of two new vehicle introductions: the new Eclipse Cross compact crossover and the Outlander Plug-in Hybrid Electric Vehicle.

Francine Harsini, senior director of marketing for Mitsubishi Motors North America, says the brand considered a long list of agencies. With the new vehicles coming, "it was just really time to reevaluate where we stood with the brand and the future," she says. BSSP is "a really, really good fit with us from a chemistry standpoint."

Mitsubishi Motors North America sold 70,765 vehicles in the first eight months of the year, up 5.4% from the year-earlier period, according to Automotive News. The brand was bolstered by its Outlander, whose sales grew 32.6 percent to 23,260. Mitsubishi Motors spent $86.9 million on measured media last year, according to Kantar Media.

Membership in the alliance means the brand is able to get better media rates, says Harsini. Nissan is still a competitor, "but there are synergies that can be had by purchasing and media is just one of them," she says. In the U.S., PHD handles Mitsubishi media buying and OMD handles Nissan; both agencies are part of Omnicom Media Group.

Mitsubishi on Aug. 21 sought to build buzz for its new 2018 Eclipse Cross compact crossover by linking it to the solar eclipse. The brand live-streamed the eclipse while bringing social influencers from 10 countries to view it in Salem, Ore. Live-stream viewers were also shown the new vehicle, which is slated to go on sale early next year. Mitsubishi also sponsored ABC News' coverage of the eclipse and captured footage for future global marketing purposes.