Japanese advertising giant Dentsu Inc. is bolstering its global growth aspirations by naming Jerry Buhlmann to the additional post of executive officer, a high-ranking title at the company that has included only one other non-Japanese among its ranks. There were 19 executive officers at Dentsu Inc. before the new appointment, according to the company's website. The move is effective July 1. 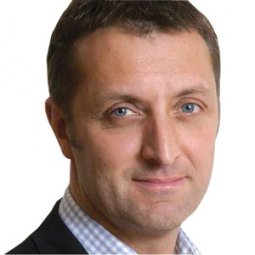 Mr. Buhlmann continues as CEO of London-based Dentsu Aegis Network, which manages all of Dentsu's global business operations outside Japan and Aegis Media's operations worldwide, and previously led Aegis Group, the digital and media agency network acquired by Dentsu in March for nearly $5 billion. Buying Aegis gave Dentsu a media presence for the first time in markets outside Japan and other parts of Asia where it has traditionally dominated.

Since the acquisition, the percentage of Dentsu's gross profit from outside Japan has soared to 44% from 18%, the company said, putting Dentsu well on the path to reaching its previously announced goal of earning at least 55% of its revenue from markets outside Japan by 2017.

"Since the completion of the merger with Dentsu at the end of March 2013, the commonality of vision and strategy we share has enabled us to bring our companies closer together at speed and it is already enabling us to deliver truly global solutions for our clients," Mr. Buhlmann said in a statement. "I look forward to working more closely with my colleagues at Dentsu Inc. to realize our global communications ambitions."

Mr. Buhlmann will continue to report to Tim Andree, director and executive VP of Dentsu Inc. In 2008, Mr. Andree was the first non-Japanese to be named executive officer at Dentsu.

"I am certain that [Mr. Buhlmann] will contribute to the success of our business outside Japan," Dentsu CEO Tadashi Ishii said in the statement. "I have deep faith and respect for him and I am excited about the journey ahead together."