READ THIS NEXT
Cannes plans may change: Hybrid virtual and in-person event under discussion 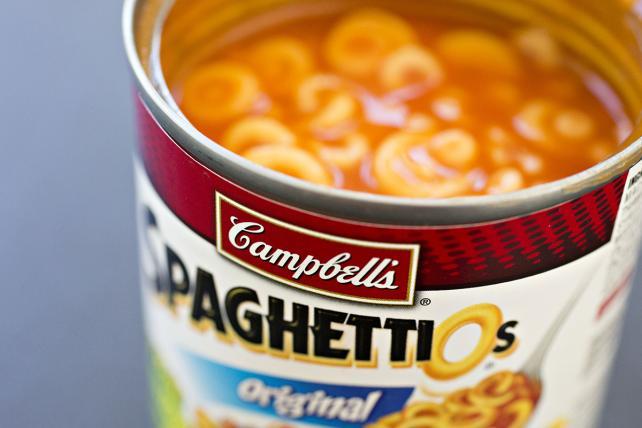 The longtime marriage between BBDO and Campbell Soup Co. is under scrutiny as the food and beverage marketer conducts a global review aimed at potentially consolidating media and creative within a single holding company.

Campbell is seeking an integrated holding company model to handle a broad range of duties including strategy, creative, digital, media planning and buying, brand PR and design across multiple regions, including the U.S., for large swaths of its soups, meals and beverages business, according to a request-for-proposal obtained by Ad Age. People familiar with the matter confirmed the review, which appears to be aimed at gaining marketing efficiencies across the company's businesses. Brands covered by the creative review include the flagship Campbell's soup lineup, Chunky, Swanson, Pace, Prego and Spaghettios, according to the RFP. The media review encompasses more businesses than the creative review. It is possible the company could choose multiple agencies and holding companies.

Campbell is the nation's 133rd-largest advertiser with $321 million in spending last year, according to the Ad Age Datacenter.

Omnicom Group-owned BBDO's relationship with Campbell dates back more than 50 years, making it one of the longest client-agency relationships in the ad business. BBDO seemed to be on solid footing earlier this year when it won the Chunky brand from WPP's Y&R, adding to its Campbell portfolio that has long included the core soup business. Y&R still handles Pepperidge Farm. MDC Partners-owned Anomaly made its way onto Campbell's agency roster last year and the agency now works on Prego, Pace and V8.

Representatives for Anomaly declined to comment. BBDO referred calls to the client.

Campbell's media agency incumbent is WPP's MEC, which has a long-running relationship with the marketer. The agency began the process of merging with GroupM sibling media agency Maxus this year to create new agency called Wavemaker. MEC's New York office was Campbell's U.S.media buying and planning agency beginning in 1999, and the agency also won international buying and planning assignments in 2006.

Campbell, like most big food companies, has faced sales pressure in recent years as consumers gravitate to smaller, upstart brands. Processed foods sold at the center of the store, long the domain of the nation's largest food advertisers, have lost ground to fresher foods sold on the perimeter of stores. The 10 largest packaged-food companies in the U.S. have lost about $17 billion in revenue over the past three years, Bloomberg recently reported. Salty snacks, though, have remained popular, which is seen as a driver of Campbell's acquisition of Snyder's-Lance that was announced earlier this week. The deal will give it control of brands like Cape Cod potato chips, Snyder's pretzels and Pop Secret popcorn.

Campbell has sought to drive growth in fresh foods with several acquisitions in recent years, including the 2012 purchase of Bolthouse Farms. The marketer earlier this month completed its acquisition of organic soup and broth maker Pacific Foods of Oregon for $700 million.

Sales at the Campbell Fresh division were flat, as gains in the Bolthouse Farms salad dressings business were offset by declines in carrot sales, the company reported. While the Campbell Fresh division is not included in the creative review, the company is separately making agency moves on the business. A company spokeswoman confirmed that it has picked San Francisco-based Erich & Kallman to handle the launch of Bolthouse Farms' new Plant Protein Milk, which is made with pea protein and touts "50% more calcium than dairy milk," according to its website.