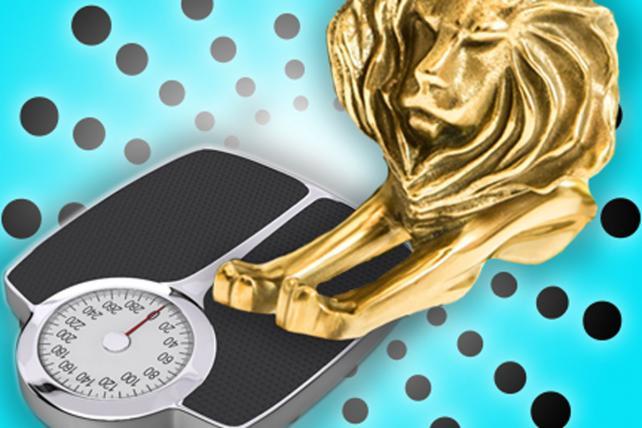 The Cannes Lions Festival of Creativity is going on a diet, trimming the event's length, cutting back prices and streamlining awards.

The Cannes modifications follow backlash from agencies and holding companies complaining that advertising's biggest event of the year has gotten too expensive. WPP CEO Martin Sorrell told Ad Age this June that "the problem with Cannes is it's become too expensive" and Publics Groupe announced during last year's festival that it will take a year off from Cannes and all other awards programs to shift its spending toward a new AI-powered professional assistant platform named Marcel.

Over the last four months, festival organizers have met with stakeholders, including marketers, sponsors, creative leaders, holding companies and agencies, to gather qualitative and quantitative research and feedback on the festival. Their changes come as other awards programs also rethink their formats, including the International Andy Awards, which last week announced a sweeping overhaul.

Shortened schedule. Cannes will run from Monday, June 18 to Friday, June 22, which cuts the festival from eight days in 2017 to five. The festival, which will celebrate 65 years this summer, started as a three-day event and has grown over the years, says Phil Thomas, CEO of Ascential Events, parent company of Cannes Lions.

"What we're trying to do is really make it much more focused. People come and go throughout the week and the reason is because eight days is a long time to be away from home and the office," he says, adding that five days will allow more people to stay for the entire time. The final awards show will be on the Friday night. 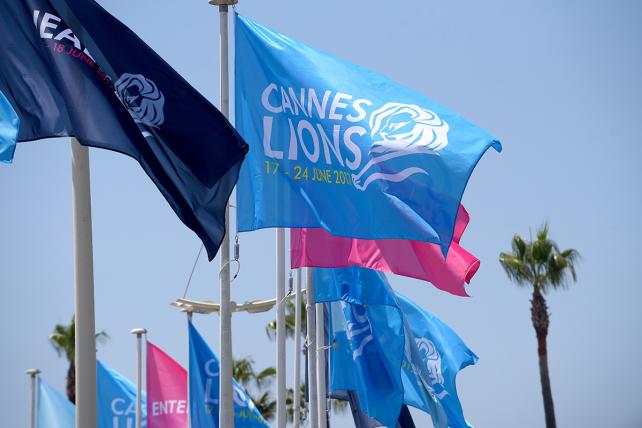 Entry cap on work. Until now, agencies and marketers could submit a piece of work into as many Lions categories as they wanted and one piece of work could dominate the festival. Starting in 2018, there will be a six-Lion entry limit for each piece of work. Thomas says the number was chosen because people in the industry felt that "six is about right" for the cap on Lions. "If you win six Grand Prix, it's still an amazing achievement," he says, adding that it will allow the best work to shine through in each category.

Changes to Lion categories. Cannes has decided to do away with its Cyber, Integrated and Promo & Activation Lions. Thomas says Cyber, which was launched in the mid-'90s, is "ripe across the industry and all the lions" and all good campaigns are integrated today, so separate categories for those two don't make sense anymore. As for Promo & Activation, Thomas says promo is very important in retail, but it's being covered now in one of the festival's new Lions named Brand Experience. The four other new Lions being introduced include Creative E-commerce, Social & Influencer, Industry Craft and Sustainable Development Goals.

New awards structure. In 2018, Cannes is introducing a new framework in which it will create "tracks" in which awards can be grouped. The tracks include: Reach, Communications, Craft, Experience, Innovation, Impact and Good. For example, the Lions for PR, Media, Direct, Social & Influencer and Creative Data will sit within the Reach track. "Previously, the Lions were unstructured and ran across the week and covered all different disciplines," says Thomas. "The new tracks are a way of organizing the awards and the festival to reflect the ways agencies and marketers approach their day-to-day work." The point system for Lions has also been updated. Shortlist and Bronze will remain one and three points, respectively. Silver will now be seven points instead of five; Gold will be 15 rather than seven; Grand Prix will be worth 30 points instead of 10; and Grand Prix in Creative Effectiveness or Titanium will be 35 points rather than 12.

Fewer subcategories. The festival cut 20 percent of its subcategories across all Lions, which means more than 120 have been removed, including all "Integrated" subcategories and some individual ones, like "Editorial" in the Digital Craft category. "Having had a really close look at the categories, there were some subcategories that were a little bit out of date and a few that doubled up," says Thomas. Another reason to cut some categories, he says, is to make sure "the number of Lions won and the difficulty of winning a Lion is kept sacrosanct."

Cheaper pass prices. The price of a "Complete Pass," which provides delegates with access to the entire festival, has been reduced by €900 (or about $1,045). The price for the Complete Pass last year was €4,135 (about $4,821), and it will be €3,249 (about $3,788). The festival also plans to give out 656 free Young Lions Passes to the industry to help reward young talent who couldn't previously afford to attend the event.

City savings. After working with the city of Cannes, all hotels will freeze prices for 2018 when rooms are booked through official accommodation services. The festival is also guaranteeing a fixed price for delegates of €80 (about $93) for taxis from Cannes to Nice Airport and three fixed-price menus of €20, €30 and €50 ($23, $35 and $58) for Festival Pass-holders at more than 50 restaurants in the city.

While all of the changes for 2018 could affect revenue for Cannes Lions, Thomas says the more important aspect for the festival is to make changes that the industry wants. "This festival is 65 years old and we want to make sure it's around in another 65 years, and if we have to take a step backway to go forward, than that's something we're more than happy to do," he says.

And the industry seems to be embracing the adjustments, too.

Publicis Groupe will still not be going to festival in 2018, but Arthur Sadoun, chairman and CEO of the holding company, said in a statement that the agency network is looking forward to attending in 2019. "We are pleased that our decision to refocus our investments for 12 months in order to create the platform of the future has inspired a larger discussion in the industry, leading to what are clearly some positive changes," he added in the statement.

David Lubars, Chairman, BBDO North America and Chief Creative Officer, BBDO Worldwide, believes the changes will "make for a much better show because it had begun to spiral and lost its focus on what it's there to do, which is recognize brilliant creativity."

The fact that a piece of work has a six-entry limit, he says, makes sense because it allows more work to win awards, rather than one campaign winning dozens of Lions.

Another reason why the entry cap is laudable, according to R/GA U.S. Chief Creative Officer Chloe Gottlieb, is because it will help stave off the "fatigue" among juries that grows when they see the same work too many times.

Gottlieb, who was on the Cyber Lions jury seven years ago and led it two years ago, says she's one of the biggest proponents of the category, but she's "100 percent in agreement that cyber is everywhere," so it makes sense to retire the cyber category.

Cannes was going through a bit of an "identity crisis" in trying to figure out of it's a celebration of creativity or a marketplace for media and advertisers to come together, says Momentum Worldwide CEO Chris Weil. These changes, including making the event more affordable to strengthen future assets, he says, shows that the festival is putting its focus back on creativity and is "in this for the long-term."