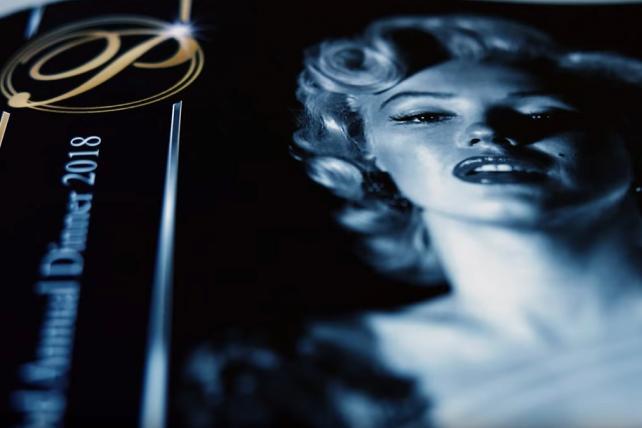 Today, they, and government attendees, were rushing to explain, defend themselves against or brush off a report in the Financial Times that multiple hostesses at the event were harassed, groped and insulted.

The President Club initially responded that it was "appalled by the allegations of bad behavior at the event asserted by the Financial Times reporters." The event raised several million pounds for disadvantaged children, according to its statement. "Such behavior is totally unacceptable. The allegations will be investigated fully and promptly and appropriate action taken."

But WPP, the agency holding company giant and a regular presence at the Presidents Club dinner, said it was done.

"We are ending our association with the event," a WPP spokesman said in an emailed statement on Wednesday. WPP, the world's biggest advertising group, said it has traditionally sponsored a table at the dinner to support the event's fundraising for children's charities such as the Great Ormond Street Hospital. The company and its attendees weren't aware of the alleged incidents at the event, WPP said.

By late afternoon, the Presidents Club said it would not host any further fundraising events and would be shutting down, according to an emailed statement from a spokesman.

Whether that is enough to quiet the furor remains to be seen.

In the government ranks, parliamentarian Justine Greening, who angrily quit Prime Minister Theresa May's cabinet this month, called on the companies that had attended the event to publish their gender pay gaps. Junior minister Anne Milton agreed and said they should report "by the end of this week.''

During a clamorous session of the House of Commons, Milton told angry lawmakers that "There is an association between rich, wealthy people and this sort of behavior. It is quite extraordinary to me that in the 21st century allegations of this kind are still emerging. People need to know there is a line and where it is. This is also about attitude.''

Milton was asked about the report that a charity auction for lunch with Foreign Secretary Boris Johnson was part of the event.

"The foreign secretary knew nothing of his inclusion in any auction and in no way endorsed the event,'' Milton said. Johnson's spokesman did not respond to a request for comment.

The allegations come as the #MeToo and #Time'sUp campaigns have unleashed a groundswell of popular resistance to egregious behavior by men in industries from movie-making to archaeology. In response, companies are firming up their anti-harassment training and seeking to distance themselves from practices and traditions that are out of touch with a mushrooming international reckoning with the objectification of women.

That didn't change the tone at the dinner, according to the FT, which said it had two reporters working as hostesses and others in the dining room. According to the story, 360 figures from British business, politics and finance attended the dinner and were served by 130 hostesses, who had been told to wear skimpy outfits with matching underwear and high heels. At an after-party, many of the hostesses were groped, sexually harassed and propositioned, the FT reported.

The Great Ormond Street Hospital, which treats seriously ill children, said in a statement that it was "shocked" by the reported behavior at the dinner and that it would return any previous donations it had received from the event.

At the World Economic Forum in Davos, overflowing with businessmen and financiers, the report quickly became a topic of conversation. Two public-relations executives, speaking independently, sprang to the defense of any potential attendees.

One argued that just the presence of hostesses at an all-male event didn't make it bad and when informed of the report's details, said maybe the guests had no idea the event would turn out as it did. Some senior investment bankers were more circumspect, acknowledging that the finance industry had a gender problem yet saying they had not heard of such events before.

WPP CEO Martin Sorrell didn't attend the dinner, and the company's table was hosted by Andrew Scott, chief operating officer for Europe, the FT reported. Sorrell told the BBC on Wednesday that he had never previously seen anything like the behavior described in the article.