Backed by Interpublic Group of Cos. and opening its doors this week in Chicago's West Loop is a rare startup in a land of agency giants: O'Keefe Reinhard & Paul. 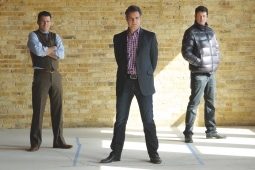 Not only is the younger Mr. Reinhard's new shop backed by a rival holding company to Omnicom, where he worked from 2009 to 2011 as an executive creative director, his new agency will have close connections with Taco Bell, a fast-feeder nipping at the heels of key DDB client McDonald's. The story of how his dad succesfully campaigned to return the Golden Arches to the agency's roster after it was lost to Leo Burnett is the stuff of agency lore.

The Taco Bell tie comes with Mr. O'Keefe, a 20-plus-year DraftFCB veteran who has long played a key role in the agency's relationship with Yum Brands, and particularly its Mexican-oriented fast-food unit. Given that cred, it's a good bet that Taco Bell may tap him and his new partners for marketing services in the future. When contacted for comment, the chain said it is not working with the new agency at this time.

While DraftFCB -- which is currently trying to right the ship after hiring a new captain in Carter Murray -- remains the lead agency on Taco Bell, the chain is branching out. It recently enlisted another Interpublic agency, Deutsch, to work on the brand. "Our relationship with Yum means a lot to us, and we have loved working on Taco Bell over the past 12-plus years...we'd be thrilled to play a part in putting together work for the brand," said Mr. Paul.

This also marks a return to Interpublic for Mr. Paul, who first joined DraftFCB (then FCB) in 2003 as VP-general manager of the agency's 361 Sports & Events Marketing unit, and took over business development for the agency's Chicago office in 2007. He was appointed to lead North American business development in March 2010, and quickly promoted again to global chief growth officer. He left the agency in early 2012.

"Our decision to invest behind their vision demonstrates the respect they're held in within our agencies and by our clients," said Interpublic Chief Strategy and Talent Officer Philippe Krakowsky in a statement. "O'Keefe, Reinhard and Paul can be a nimble and highly customizable complement to our portfolio of agency, media and specialist brands."

The hope is the new shop can capitalize on the trend of clients moving away from a lead creative agency model to the use of several different shops that all get projects.

"Over the past 10 years, we've seen the shift where clients are more in charge than ever, and looking for ideas from all over not just one agency partner," said Mr. Paul. "At the same time, they're not looking for boutique-size ideas, they still want the business driving results they've always demanded. We believe we can be at the front of this movement and bring our big agency, big-brand experience to a more nimble, modern playing field."

Discussions were held with other major holding companies backers, including Omnicom, where Keith Reinhard was an architect of the 1986 "Big Bang" merger of three agencies-Needham Harper, Doyle Dane Bernbach and BBDO-that ultimately formed the holding company. But ultimately O'Keefe Reinhard & Paul went with the company with which they are familiar.

"We know and respect the leadership team there, and especially [Interpublic CEO] Michael [Roth's] and Philippe's supportive approach to partnerships. IPG has a great track record with supporting independent agencies such as Huge, RGA, Martin and Mullen, and we are excited to be considered in company with them," said Mr. Paul. "And having already worked with many of the agencies within the IPG network, we see this collaborative model as the future, and believe in its benefits for our clients."

It's unusual to see these days an agency launch with a name that's not a clever or silly moniker. In this case too, there were many names up for consideration before they settled on one that's more conventional-and probably more appealing to clients.

A really zany one that was close to making the cut? Whiskey & Bananas.

Mr. Reinhard said that when he and Mr. O'Keefe worked on the Amazon account in San Francisco, they'd spend weeks working long days, then walk home to corporate housing, where "all we had to eat was a bunch of bananas and a few glasses of whiskey."

It's essentially the agency's philosophy. "Hard work, having fun doing it [and] doing work that you feel has both equal parts cool and funny to it, said Mr. Reinhard. "That's kind of our mission and philosophy."