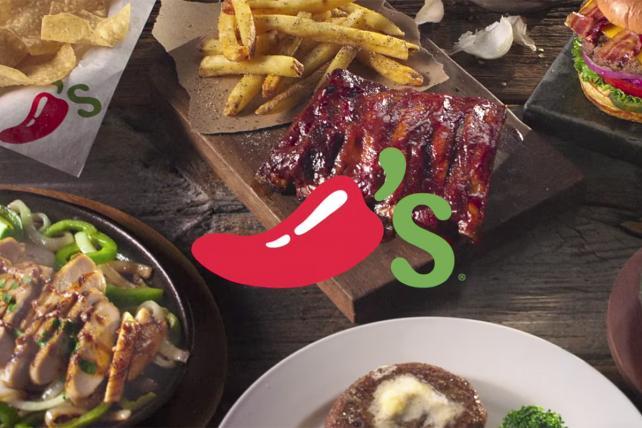 Like the broader casual dining industry, Chili's has been struggling as diners opt to eat at home or at less expensive restaurants. It has also suffered from the rise of ecommerce, which has reduced consumers' trips to the shopping malls near which chains like Chili's often put stores.

Chili's is no longer working on creative projects with Hill Holliday, which was its agency of record for almost a decade, though Hill Holliday appears to still be handling some media work for the brand.

In May, Adweek reported that Hill Holliday's relationship with Chili's had ended and that the Brinker International chain wanted to work with agencies on a project basis going forward.

With O'Keefe Reinhard & Paul's assignment, the agency becomes the winner of the first big project awarded by Chili's since Steve Provost was named exec VP-chief marketing and innovation officer in March. Its campaign is to debut early this fall and run through the second quarter of 2018.

Provost admits that the chain has plenty of work to do.

"Chili's is the leader in the enduring bar and grill category whose 'sea of sameness' menu and advertising models are increasingly broken," he said in a statement. "We need to reinvest and differentiate our food and then find creative communication to convince Chili's lovers and former Chili's lovers to reconsider us, in a world where guests are deluged every day with promises of 'better' and 'new.'"

Provost added that O'Keefe's "scrappy, creative energy is just what we need to move our brand forward today."

Chili's patrons say the dining experience needs to be faster and the food needs to be hotter, all without costing a lot more, Brinker President and CEO Wyman Roberts said on a conference call in April. The company's steps include simplifying things in the kitchen with a plan to offer 20% fewer menu items, recent updates to chicken and fajitas items and a refreshed mobile app.

Visits to Chili's own U.S. locations, which make up the bulk of the chain's 1,250 U.S. restaurants, fell 6.2% in the quarter, and have declined in three of the last four fiscal years. (Chili's only discloses traffic for the locations it operates, not those run by franchisees.)