Church's Chicken picked local shop JWT Atlanta as its agency of record after a months-long search as the Atlanta-based chicken chain aims to spread its wings.

Church's Chicken's previous agency of record was Made Movement, out of Boulder, Colo. That relationship ended almost a year ago and more recently Church's had been working with Erich & Kallman. The work from San Francisco-based Erich & Kallman will run through the end of 2017.

Erich & Kallman -- which has also worked with leading chicken chain Chick-fil-A -- did not participate in Church's review since the chain was focused on finding an agency based in the Southeast.

Church's said it hired the WPP agency after a four-month search. The shop's selection comes after Hector Munoz returned to Church's earlier this year in the role of exec VP-chief marketing officer. Munoz had been with the company in the early 1990s, before heading to other chains including, most recently, Popeyes Louisiana Kitchen.

The chain, which has been touting its 65th anniversary in marketing this year, is up against a number of larger competitors that have been growing, including market-leader Chick-fil-A, Yum Brands' KFC, and Popeyes Louisiana Kitchen, which was acquired by Restaurant Brands International earlier this year. 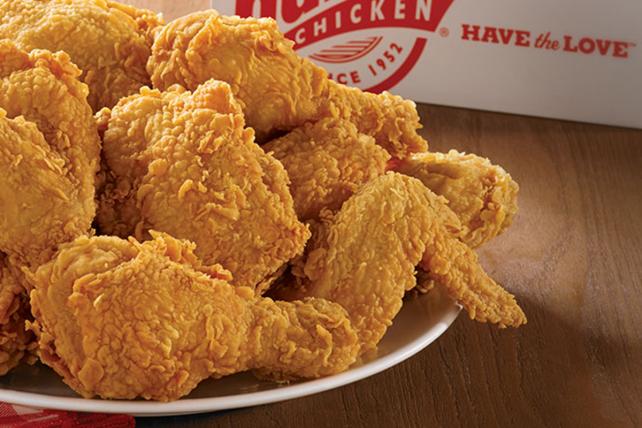 Church's, which got its start in San Antonio in 1952 and later moved its headquarters to Atlanta, focuses on hand-battered chicken and honey-butter biscuits. Its U.S. sales slipped 0.6% to $835 million last year, according to Technomic, which ranks it as the 54th largest U.S. restaurant chain. Church's annual systemwide sales, including international Church's locations and the Texas Chicken chain outside the Americas, exceed $1 billion, according to the company.

Earlier this month, Church's said it realigned its marketing organization under Munoz, who came back to Church's after most recently serving as CMO of Popeyes for six years.