What Clients Think About Publicis-Omnicom Megamerger

Anheuser-Busch InBev, L'Oreal Weigh In on Conflicts
READ THIS NEXT
How Marcus Thomas is providing greater access to the industry for diverse high schoolers

At the Paris press conference yesterday announcing the proposed $23 billion advertising goliath Publicis Omnicom Group, John Wren said the potential for client conflicts "is not overwhelming given size of transaction," but he added that he does expect "difficulties."

Among the seemingly most glaring conflicts is the prospect of archrivals Coca-Cola and PepsiCo and telecoms AT&T, Sprint, T-Mobile and Verizon living under the same holding-company roof.

While clients have generally become more flexible in devising structures to help them maintain a competitive advantage, there are wrinkles. Industry execs say some may have to re-examine agency relationships, per company requirements. And they expect a bit of sabre-rattling by clients who weren't consulted on the deal (such as when Volvo threatened to move its business after Publicis merged Digitas and LBi without giving the car maker a head's up).

Industry execs say the biggest conflict to watch is the beverage giants'. WPP and Interpublic, which both work with Coke, could have an advantage here; it's hard to imagine that WPP wouldn't court Coke. The now-No. 2 holding company has has made inroads with Coke on the media side (it just moved some duties there in Vietnam). And WPP Chief Executive Martin Sorrell also sat alongside Coke Chairman-CEO Muhtar Kent and Chief Marketing Officer Joe Tripodi on a panel in Cannes.

Some companies that Advertising Age was able to reach seemed unconcerned, citing the structure of holding companies and firewalls. Among them were L'Oreal, which is on the roster of both holding companies, and Anheuser-Busch InBev. 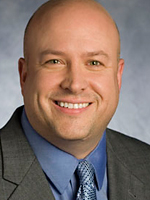 If the merger goes through, Anheuser-Busch InBev and competitor MillerCoors will have major creative accounts within the same holding company in the U.S. Publicis Groupe's Saatchi & Saatchi is the lead agency for Miller Lite, while Omnicom Group's BBDO handles Bud Light.

MillerCoors declined to comment, but Paul Chibe, VP-marketing for A-B InBev's U.S. division, said that he doesn't see a problem. "It doesn't change anything related to agency conflict," Mr. Chibe said in an email. "The holding-company approach is to have different network shops to manage potential conflicts. That doesn't change in the event of a merger. We work with Publicis and Omnicom agencies in many countries."

In the U.S., A-B InBev has relied on Publicis Groupe for media planning since late 2011 when it hired Starcom USA. (MillerCoors uses Interpublic Group of Cos.' Initiative for media duties.)

On the consumer-products side, holding companies have for the most part neatly sidestepped the conflict issue already by managing competing accounts through separate agency networks. Procter & Gamble, for example, already works with both networks, as well as WPP, which houses Unilever. 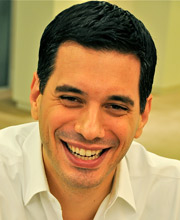 Publicis Chairman-CEO Maurice Levy said at today's press conference that he expects the PublicisOmnicom Group to reap $500 million in efficiencies, and Marc Speichert, L'Oreal chief marketing officer, expects tor reap some of that.

"The possibility of the merger would enable the new entity to have even more scale media-volume-wise, which should be a benefit to us," said Mr. Speichert in an email. "Also more and more, agencies talk about offering their clients the benefit of tapping in the broader agency network resources of their holding ecosystem. We currently work closely with VivaKi, for instance, on various levels that complement what we do across our Publics agencies of record. The new entity would enable us to access an even greater pool of talent and resources so another potential positive aspect."

"We will work with the new entity, but we don't anticipate any issues," said GM spokesman Pat Morrissey.

On the tech/telecom front, both agency firms juggle various competitors.