Colleen DeCourcy is decamping the social-media agency she launched two years ago with the backing of Havas to join independent network Wieden & Kennedy. Her partner will be Mark Fitzloff, a 13-year veteran of the agency who is being promoted. Together they will serve as co-global executive creative directors.

The new position makes Ms. DeCourcy one of the highest-ranked female creatives in the business. She's already relocated to Portland and plans to officially start in her new role this week. 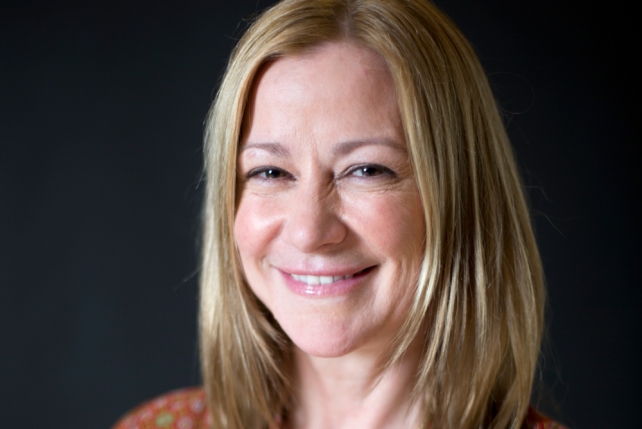 Together, Ms. DeCourcy and Mr. Fitzloff will take on many of the responsibilities that were earlier overseen by John Jay, who has just hung up his global executive creative director hat to launch a new venture under an agency called W+K Garage, and Iain Tait, who departed last spring for Google Creative Lab.

Ms. DeCourcy started Socialistic quietly in late 2010; in January 2011, Paris-based holding company Havas took a stake in the shop. She has transferred her equity in the agency back to Havas, but her departure calls into question the fate of operation.

Havas is retaining the Socialistic brand, but putting it underneath the brand entertainment and social agency Cake, which the holding company bought in 2008. In the U.S, the dozen or so employees of Socialistic will now report to Adrian Pettett, managing director of Cake.

"Running your own agency is an amazing thing and a hard thing," Ms. Decourcy told Ad Age. "At this point in my career and my life it wasn't a quick jump. ... There are very few things I would have [left my agency] for." She noted that the kind of work she ultimately aspires to make is much larger than solely social media or content, and joining Wieden & Kennedy will provide her with a larger canvas to do that.

Wieden & Kennedy approached Ms. DeCourcy about the global-executive-creator-director position about six months ago, and she was first person they interviewed for the role, according to longtime Wieden exec Dave Luhr. Although they felt she was the right fit, they did some more due diligence, talking to others in the U.S. and in Europe, before circling back to Ms. DeCourcy.

Ms. DeCourcy's background includes global experience from her time as chief digital officer at Omnicom Group's TBWA Worldwide, where she spent a large chunk of her career, as well as creative experience as chief creative officer at Omnicom's Organic working on Chrysler (now a Wieden & Kennedy client). But her new post will bring with it a major cultural adjustment. She's spent her entire career working inside big agencies or in partnership with large holding companies, and now she's entering the fiercely independent, opinionated culture at Wieden & Kennedy. "I have always worked inside of a network, and the freedom to move quickly and be nimble is repeatedly the thing you run up against," Ms. DeCourcy said. "The independence here is the thing that makes me feel like it is home. I feel relieved ... I think it's one albatross that will never have to be around my neck again."

"I don't how know the hell she survived in those holding-company agencies," said Mr. Fitzloff. As Ms. DeCourcy's partner, he will shoulder some of the responsibility of helping her adjust to the new environment. He first joined the agency in 1999 as a copywriter, working on the AltaVista, Nike and Coca-Cola accounts, then worked as a creative director on Old Spice before being promoted to run the Portland office creatively. "So much of our mythology and the secret sauce of Wieden & Kennedy is about partnership, and a partnership of opposites," he said. "It's risky because nine times out of 10 it's a complete disaster." But in the case of Ms. DeCourcy, he's confident it will work, given they have had mutual respect from the start. "She knew what I did, I knew what she did and there was no real posturing about it or hyperbole. It was a real natural affection and appreciation. Even at Wieden & Kennedy, there's politics and shit you have to put up with sometimes, which is why you can't show any cracks [in a relationship]."

His hope is that her arrival will help elevate the quality of the agency's digital creative output. "We have to make the impact that we have through broadcast at this agency digitally," Mr. Fitzloff said. "It's not anywhere close to what we feel we owe the industry to deserve the reputation we have."

She's joining at one of the busiest times of the year for Wieden & Kennedy, which is consistently one of the agencies behind Super Bowl ads. For the past several years, it's been responsible for Coke's commercials in the big game and will likely be creating at least one of the three spots the beverage maker has purchased. It's also going to be creating a Super Bowl ad for Oreo for the first time, after winning a pitch for the work.

The additions of Ms. DeCourcy and Mr. Fitzloff to Wieden & Kennedy's global executive management team have sparked a number of other promotions as well -- a sign that Dan Wieden, who founded the shop in 1982 with David Kennedy, is actively setting up the next generation that will lead the indie shop. They've vowed it will never be sold; as Mr. Wieden told Ad Age a couple of years ago: "We'll blow this thing up before we sell."

As for Mr. Wieden, he's stepping back farther, moving into a chairman role. "I don't think we've ever had a chairman, but now I am -- albeit an active one," he said in a statement. "Between Dave and Mark, we have 40 years of proven W+K experience, respect and leadership. This level of talent and experience gave me the confidence to search outside the agency to find a third global management team member with digital expertise. Colleen brings an energy and a knowledge base that is second to none. I am convinced that our next 30 years are going to be pretty damn exciting."