NEW YORK (AdAge.com) -- Could the day soon arrive when a marketer will consider NBC Universal, Meredith Corp. or Conde Nast alongside BBDO, Wieden & Kennedy or JWT when it comes to choosing someone to craft the right commercial? 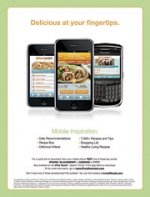 Media companies have for years offered ad-agency-like services in hopes of stealing a few more of their clients' dollars. But lately some have taken it a step further by creating ads for clients that appear on other media properties. Increasingly, marketers want deep integration with content, and they're finding that the content producers themselves are often the best creative partner, making their threat to agencies more tangible in recent months.

Consider that Conde Nast last week opened its doors to provide a broader set of creative services for clients, while Hearst Corp. is reported to be near a deal to acquire digital agency iCrossing. (Hearst last week said it doesn't comment on possible transactions.)

Conde's maneuver is particularly aggressive. The company's creative-services unit, CND Studios, will now accept assignments from clients regardless of whether the ads are earmarked for Conde's websites, and, as such, marks a significant shift for the publisher, which in the past has only done creative work for advertisers buying space in one of its publications. Conde produced content for Kenneth Cole's retail site as well as ads that appeared on YouTube and Facebook.

"We do a lot of creative services for our clients," said Conde Digital Chief Revenue Officer Drew Schutte. "Last year we were doing over 30 custom programs per quarter, and now we're doing 50, and often people were asking us, 'I have this other thing I need you to do.' And we had to pass on it. So we thought, 'Why are we turning them away?'"

Growth opportunity
Get ready, ad agencies: Media companies want to get their hooks into your business. Yes, for decades, print publishers and TV outlets would help small advertisers craft something fit for the local newspaper or radio station. And this dynamic carried over to bigger outlets, who often create customized advertising for a particularly big-spending client in the hopes that such a "value add" will deepen the relationship and secure additional ad dollars.

But in these digital days, every relationship is up for grabs. No one can really say they corner the market on how to make things work in paid search, social media, or mobile marketing. So expertise is where you find it -- and media companies, witnessing old business models falling apart at the seams, see growth in taking over more pieces of their relationship with the advertisers who support them.

"Major marketers are shifting spending away from traditional media, especially magazines and newspapers, and towards digital, promotions, direct marketing, public relations, in-store and other unmeasured disciplines," said Christopher Vollmer, a partner at Booz & Co. who leads the consultancy's media and entertainment team. "Media companies who want to capture more spending need to therefore build expertise to play in these higher-growth areas."

REIDY: President of Meredith Corp.'s integrated-marketing division.
In recent years, any number of media outlets has tried to go this route. Rolling Stone, Maxim and Vogue have helped clients tailor their print promotions. A Vogue in-house agency, known as Vogue Studio, even became agency of record for a fashion designer in 2006. Time Warner set up a corporate-marketing unit in 2004 headed by a former Young & Rubicam executive with the goal of trying to secure additional dollars from clients by devising marketing programs that could work across the media giant's many assets. Last year, NBC Universal created a panel of popular media and advertising women -- Meredith Vieira, Shelly Lazarus and Tori Spelling among them -- to advise advertisers on how to reach female consumers.

Of course, skeptics abound. How can media companies create ads for some marketers while trying to sell their ad inventory to as many advertisers as possible? "These companies are not singularly focused on creating great work that produces results for clients," said Mary Price, principal-brand media, at Dallas independent agency Richards Group. "Getting into aggregate sales of inventory or creative production divides their focus. And fighting a war on two fronts is seldom successful."

A decade off?
Media companies' main work lies in "entertaining or informing people," said Brian J. Sheehan, a former longtime Saatchi & Saatchi executive who is now an associate professor of advertising at Syracuse University. Ad agencies, he said, have a more-pronounced expertise in helping advertisers build identifiable products over a longer period of time. Launching a sustainable ad-services business would take a media company at least a decade, he said.

That might be true if traditional TV-and-print work were still the coin of the realm. Yet one media concern has already made strides by taking up analytics, customer-relationship management and other marketing disciplines of emerging importance. Meredith Corp. has since early 2006 acquired six agencies that specialize in everything from mobile marketing to word-of-mouth strategies. The company has seen its revenue from digital marketing and customer-relationship management grow to $83 million in its fiscal year 2008, according to a Meredith presentation to investors, from just

$5 million from CRM in its fiscal 2005. What's more, the company counts Kraft Foods and Chrysler among its clients (Meredith is Chrysler's agency-of-record in CRM and social media, said Martin Reidy, president of Meredith's integrated marketing unit).

Meredith rarely vies with the big ad-buying firms, said Mr. Reidy, and more often squares off against direct-marketing agencies, mobile-marketing specialists and digital start-ups and independents. "I do think we're positioned especially well for the emerging technologies," he said.

What to consider if you're using a media outlet to do your creative or marketing services:

WILL YOUR ADS BE DISTINCTIVE? A media company should know better than anyone what works best in its pages or on its air, so it makes sense to ask it to tailor your message to that. But, are the personnel skilled enough to make sure the ads they create help your message more than their content?

MEDIA COMPANIES HAVE OTHER BUSINESS TO CONDUCT. Is the focus on helping you sell more of your products or services or on selling more of the media outlet's advertising inventory?

IS THE WORK SCALABLE? Media companies often do creative work geared for their properties. Can the work run elsewhere?

COULD YOU DAMAGE YOUR RELATIONSHIP WITH YOUR CREATIVE AGENCY? It's hard to tell an established ad firm you're branching out, so consider how to deliver the news.