CP&B Global Chief Executive Officer Lori Senecal will step down from her role at the MDC Partners shop at the end of the year and exit the ad business, Senecal and the agency said. CP&B is seeking her successor.

Senecal said she and CP&B Chairman Chuck Porter privately sketched out the plan for her departure when she joined as the agency's first global CEO in March 2015.

Porter said he brought Senecal on because the shop needed her "management genius" and organizational strengths. "And it paid off better than I thought it would," he said. CP&B has not lost a client since she joined, he added, calling that "mindboggling these days."

That global leadership team got its final member this week with the promotion of Danielle Aldrich to president of CP&B West, which comprises the Boulder and Los Angeles offices, from co-managing director in Boulder. She joins Vinicius Reis, who leads CP&B Miami and Brazil; Richard Pinder, who handles CP&B Europe; and Bamboo Yee, who oversees CP&B Beijing. 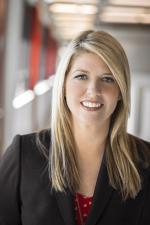 Aldrich, who worked at the agency for 14 years, has worked on Burger King, an iconic CP&B client from an earlier stage in the shop's history, as well as recent accounts such as Hershey's American Airlines and Hotels.com. She "embodies the DNA of CP&B," Senecal said.

With the global team set up, Senecal said she feels confident about the future of CP&B and her decision to leave.

"I've achieved more than I ever could have hoped for or expected," she said. "Growing up and starting my career in Canada, I never even envisioned working in the U.S., let alone having the kinds of leadership opportunities I've had -- from being president of McCann New York and having my name added to the door of KBS and being global CEO there and finally being global CEO of CP&B and working shoulder-to-shoulder with Chuck Porter, who's an icon in the industry -- it's been amazing and I feel like I've had a fulfilling and unexpectedly great run."

Senecal was global executive chairman of sibling MDC Partners shop KBS for about seven months prior to joining CP&B. She had previously been president and CEO of KBS since 2009.

People familiar with the matter believe that Senecal's successor could come from Swedish creative agency Forsman & Bodenfors, which formed a partnership with CP&B in 2016. Asked about that, Porter said "it could be" but that it's also too early to say.

Senecal, one of Ad Age's Women to Watch in 2014 and Agency Executives to Watch in 2016, said she's looking forward to retiring. She does not plan to continue in advertising, she said.

CP&B, Ad Age's Agency of the Decade in 2009, has been experiencing somewhat of a creative renaissance. For Kraft, the shop waited until a healthier Kraft Mac & Cheese without artificial ingredients sold 50 million boxes before doing an ad campaign last year to promote the reformulation, which it then billed as the world's biggest blind taste test. This spring it introduced a campaign for Jose Cuervo, its first since winning the business last year, with the tagline "Tomorrow Is Overrated."

Revenue at CP&B increased 21% in 2016, according to Ad Age Datacenter.