How One Creative's Brewing Hobby Influences His Work 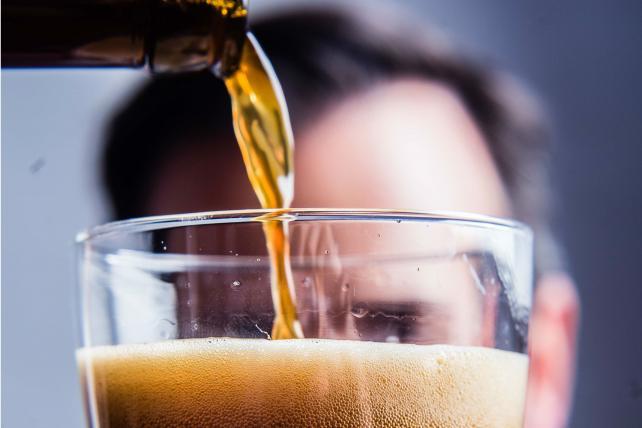 Partridge, a nationally certified beer judge, talked to Ad Age about how his brewing and competitive judging pastimes fit into his advertising lifestyle from both a structural and creative standpoint. (Oh, and he shares some beer recommendations, too.)

When did your brewing hobby begin?

I started brewing in high school after I discovered that I was allowed to buy the ingredients to make beer, but I wasn't clearly old enough to buy beer itself, so I took it on as a mission -- so to speak. That puts me over 20 years brewing beer.

Where'd you grow up?

I grew up in San Diego at about the time that the craft beer scene in Southern California, especially San Diego, was really catching the first sparks of the fire that took on [led to the explosion] of craft beer. I was coming of age right at the epicenter when things like the double IPA was invented at Blind Pig and Stone was just getting started.

What's your favorite beer to brew? 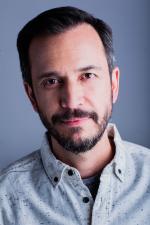 I brew all kinds of different styles of beer. Right now I'm tackling a classic American pilsner which is one of those light simple clean beers, but can be one of the hardest to brew because there's nothing that hides any flaws in a beer like that.

Yes, a lot of people are asking for beer quite often. It's the type of thing at the office where even if it's not my own beer, we like having beers together and everybody likes to hear my thoughts or a story on a beer style.

And you're a competitive beer judge too.

I'm a nationally ranked beer judge, so I get invited to judge both commercial and homebrew competitions. During the summer time, basically every state fair is looking for qualified judges. It's something I got into a little over eight years ago and honestly it's kind of selfish because I didn't get into it to judge necessarily, though I love that. I just wanted to make my beer better. The way the program works is you really dive deep into the science and learn to identify every off-flavor and solve for it and make better beer.

How does one become a certified beer judge?

There's a program called the BJCP –the Beer Judge Certification Program. It involves a couple months of study and a three-hour essay test that's followed by a one-hour tasting portion. In the tasting portion, I'm judging three portions of beer as three highly ranked judges are judging the same beer, so my scores and how I describe and write about them are scored against the other judges. The essay portion is no joke, too. It's long essays into everything from recipe design to process to off-flavors to chemical components – the nitty gritty of every variable that makes a beer in the end.

Does your beer judging help when you're being judged in pitches?

There's the structural side of the creative process, where you have an end goal or end product you're trying to craft and it's about trying to break that down into component parts and looking at all the variables along the process that will give you that great end result. When each of the component parts come together, you achieve what you initially set out to do.

And the creative side?

When you're making a beer, essentially all you're doing is creating the perfect environment for these yeasts to live and do their thing exactly how you hope they will. All you do when you brew is design the perfect environment for that thing to thrive, and in a lot of ways, I feel like as someone in a creative leadership position, that that's what I do at work. My job to get a team of people who are going to execute on their highest level and it's about curating that team for a particular project and creating the best environment possible for them to execute on that level.

Other than beer, do you ever judge advertising awards, like Cannes?

I haven't, but it's something I'd definitely be interested in. I just haven't spread my judge wings in that direction yet.

Have you ever had clients try your beer?

I have. I'm lucky in that this hobby tends to be a pretty universal language. There's at least a style of beer that everyone can sit down and have a couple of sips of, even if you're not a big beer drinker. Once a client finds out about my interests, they want to sit down and have a beer and pick my brain. You can probably tell that I can talk nonstop about beer.

Do you make any gluten-free beers or ciders?

I have brewed a bunch of ciders. My next door neighbor is really into mead as well. I've tried a few gluten-free beers. Back in the day you had to use different grains, like spelt, which gives you a beer-like product, but not something that's true to any style of beer. But now there are some strains of yeast that have been engineered to reduce the gluten content of beer. And you may not be able to say gluten-free, but it's essentially gluten-free because there's such trace amounts of gluten.

Give me a beer recommendation – other than one of your own.

This is a really tough question because there's a style of beer for every time and I appreciate every style.

How about one beer if you were stuck on a desert island?

Anybody who is a little bit of beer nerd will say this is a little cliché, but it's Trappist ale (which means it's brewed in a monastery) called Orval. It's a really special beer. They literally only produce and distribute this one beer. It's like they made this one beer and dropped the mic. It's similar to a Belgian tripel or golden strong, but it's the only one brewed with brettanomyces, which is a wild yeast. It's a legendary beer – even the name.

It's based off of a legend of a queen who lost her ring in a lake and trout gave it back to her so on the bottle cap you have a leaping fish with a ring in its mouth. Everything about this beer is a work of art.