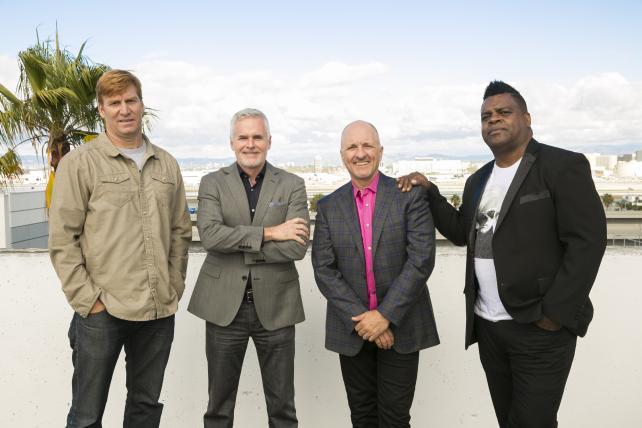 Mr. Geiger told Ad Age that he, Ms. Miller and Mr. Jeffery are starting their own "creative venture" and will announce more details in 2017. Their departure is effective Dec. 1.

"I'm a big fan of all three of them and I wish them well," said David Angelo, founder and chairman of David & Goliath.

Mr. Angelo said the agency, which celebrated its 17th anniversary on Monday, will hire someone to succeed Mr. Geiger in a more creative capacity than a traditional chief digital officer role.

Over the last year, David & Goliath has been amplifying its message around worthy causes with initiatives such as its "Today, I'm Brave" non-profit. Its Bravehearts internship program encourages interns to stand up and talk to the agency about their biggest fears.

"We've always had a clear idea of who we are and what we stand for," said Mr. Angelo, adding that the agency is looking for like-minded people to join the team and support its purpose-driven mindset. On the business side, he said the agency has seen double-digit growth over the last three years.

Mr. Pearce said he joined David & Goliath last year partly because it's an agency that cares "just as much about the work as they do the people and the world around them, which is very rare." He added that he will soon announce the addition of four leaders to the creative team.

One of Mr. Davis's goals, he said, is to help clients and the agency itself crystallize their purposes and stay true to them.

In addition to Mr. Pearce and Mr. Davis, David & Goliath has made a number of other hires and promotions in the last few months, including bringing on 180LA's Stephen Larkin as Chief Marketing Officer. While David & Goliath has had people in new business positions, the agency has not had a CMO in recent years because it wanted to "really solidify our positioning" before filling the role, said Mr. Angelo.