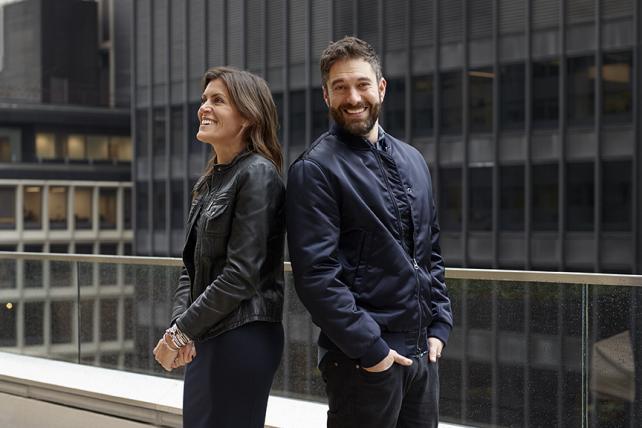 Mr. Weiss will report directly to Ms. Clark and will oversee the agency's 17 North American offices, whose chief creatives will report to him. He'll also work in partnership with Amir Kassei, DDB Worldwide Chief Creative Officer.

Mr. Weiss left BBH alongside CEO Pat Lafferty in late September. During his six years at the agency, he oversaw award-winning work for big brands such as the Cannes Grand Prix-winning integrated campaign for Netflix's "House of Cards," Sony Playstation's "Greatness Awaits" multi-platform push and the charming "Susan Glenn" ad starring Kiefer Sutherland that brought a more feely side to Unilever's testosterone-fueled Axe.

Ms. Clark entertained the idea of introducing the post after a successful year business-wise. In 2016 DDB North America group saw 77 new business wins outside of organic growth and new assignments on existing clients. Fourteen of those were specifically for the DDB North America offices. "The time is right now for the organization to leap forward, and an agency leaps forward by raising the caliber, profile and impact of its work," she said.

Ms. Clark called Mr. Weiss a partner who bring vision to the North American team and be at her side during pitches. "We weren't looking for a figurehead," she said. "This is a hard-working role. If you look at DDB's 66-year-legacy, it's best, brightest and most prosperous years were when creative leadership was strong."

Ms. Clark, previously a veteran Coca-Cola marketer, said she had begun the search for North American creative chief about six months ago, but only started to get serious about it in the last three. Ms. Clark and Mr. Weiss had known each other only peripherally, when Mr. Weiss had worked on Coca-Cola's Sprite brand at BBH. Of 20-plus candidates she met with, "without question, the chemistry Ari and I had was the most instanct in the process -- and they all were really lovely people," she said.

"One of the things we talked about is Ari's ambition -- and certainly mine -- to drive creativity at the highest level on very big, muscular, large-scale brands," Ms. Clark added. "It's easier to do on a smaller, niche, less bureaucratic and complex brands. The real potential is to do beautiful work at scale."

Mr. Weiss said he hopes to bring a modern sensibility to building the agency. "Running an ad agency is different today than it was in the past and involves getting creatives really involved in the business," he said. "It's not just about having creative people in the corner and business people in the corner and hoping it all works out. You really have to lead it together."

That includes letting creatives' ideas breathe. "Whenever you come into a CCO role, it's about finding great people and helping them to achieve their best," he said. "A mistake you can make is to make people do the type of work you do."

"I'm really looking forward to doing a proper audit and find out where the opportunities are," Mr. Weiss added. "The most interesting ones often lie where you're not expecting them."