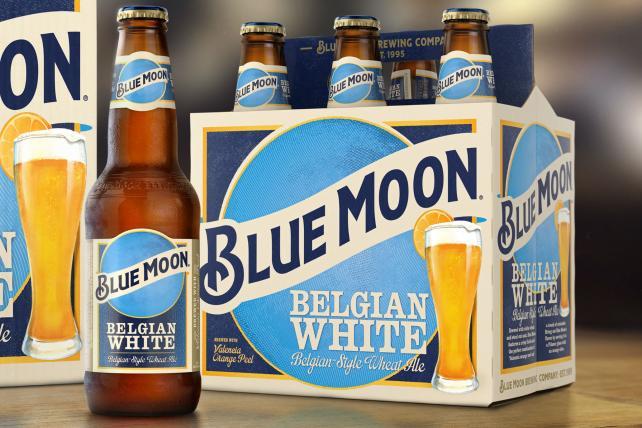 MillerCoors has awarded the Blue Moon creative account to DDB, two months after parting ways with Venables Bell & Partners. The Omnicom agency will house the account at its design-centric unit called Fifty5Zero, which is based in Toronto.

DDB has steadily added to its MillerCoors portfolio after winning Miller Lite last year via its Chicago office. That was followed late last year by Alma DDB picking up Sol, a Mexican brew that MillerCoors recently took over from Heineken.

"Since taking over Miller Lite responsibilities a year ago, DDB has made a strong mark, leading the Hold True creative campaign, reigniting the brand's competitive side and refining its iconic visual ID," Bryan Ferschinger, MillerCoors VP of marketing for innovation and national craft beers, said in a memo to distributors. "We're confident that the agency's proven track record of producing clearly differentiated, impactful work will further elevate and grow the Blue Moon brand."

Blue Moon was put into review in early June along with Leinenkugel's, which was also at Venables. The brewer said it would only consider roster agencies for the two brands. MillerCoors roster agencies include MDC Partners' 72andSunny Los Angeles, which is on Coors Light, as well as Leo Burnett's Arc, which handles shopper marketing.

DDB's Fifty5Zero unit is a newly branded entity that includes talent that had been at Omnicom's Juniper Park agency. Juniper Park, whose design work for Miller Lite was recognized with a bronze lion at the 2017 Cannes festival, had been part of a multi-agency team on Lite before the account was consolidated at DDB Chicago in July of last year.

While Fifty5Zero is known for its design expertise, Blue Moon is expected to continue advertising on TV, meaning DDB Chicago will likely be involved on the account.

MillerCoors has yet to announce Leinenkugel's new agency, but a decision is expected soon.

"The consistently strong performance and continued year-over-year growth of Blue Moon and Leinenkugel's are vital to MillerCoors," Ferschinger stated his memo. "And as part of that, each brand must effectively communicate its distinct, differentiated position – Blue Moon as the authority in approachable, wheat-style beers and Leinenkugel's shandies as the quintessential taste of the season."

Blue Moon sales volume fell 2 percent in the period this year through July 14, according to Nielsen. The brew has been using the tagline "Shine Brighter" with ads by Venables that prominently feature its signature serving style of an orange wedge garnish. A new campaign is expected soon.