Deutsch's Mike Sheldon on what lies ahead after stepping down as North American CEO, Chairman | Ad Age
Skip to main content

Deutsch's Mike Sheldon on what lies ahead after stepping down as North American CEO, Chairman

He discusses building the L.A. office, the Volkswagen loss and the adventures that await after 37 years in advertising
READ THIS NEXT
Q&A: Rob Reilly explains why he is moving to WPP 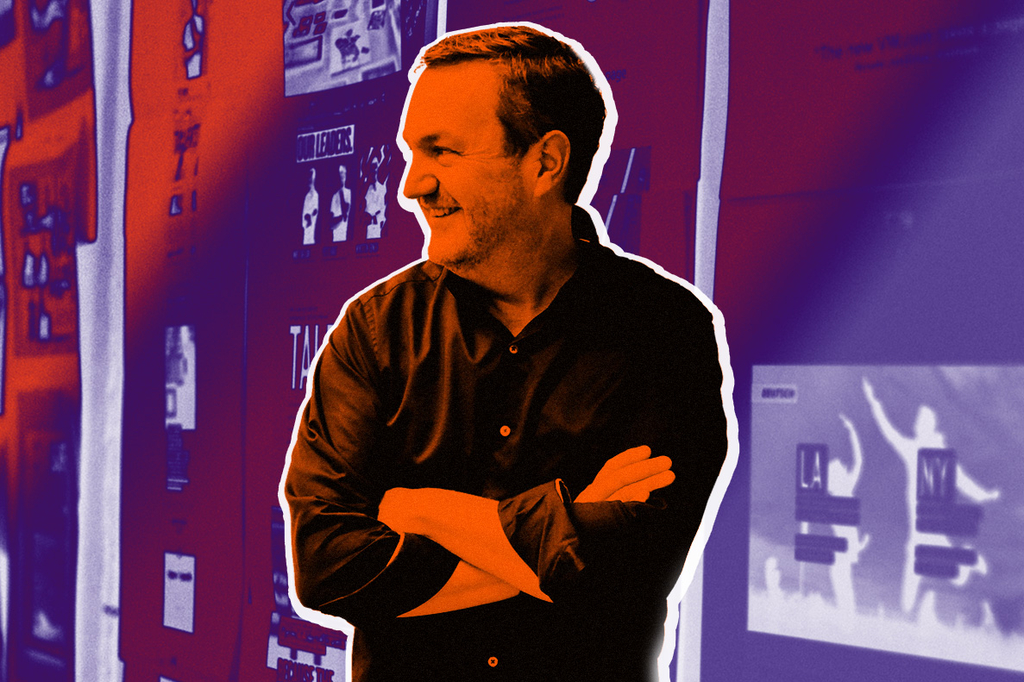 Mike Sheldon steps down as North American CEO and Chairman of Deutsch after 22 years with the IPG shop.

Deutsch’s Mike Sheldon—who announced on Wednesday his plans to step down as North American CEO and Chairman of the Interpublic Group of Cos. agency he's been with for 22 years—says he’s received probably 150 emails, texts and phone calls since making his decision public.

The most surprising person to reach out, he says, was an account person who worked on Mitsubishi 20 years ago. "He’s just a wonderful guy and I hadn’t heard from him in a thousand years," Sheldon says. "It was one of those things that was very heartfelt because we went through so many wars together."

Ad Age caught up with Sheldon on Thursday to discuss old colleagues, the opportunities that lie ahead and more in this lightly edited interview. (Sheldon's last day at Deutsch will be in December, at which time there are no current plans to name his successor. Val DiFebo, who has been CEO of Deutsch New York since 2009, and Kim Getty, president of L.A. since 2015, will lead their respective offices in his absence. Getty is also being promoted to CEO of Deutsch L.A., effective Jan. 1.)

So, what are your plans?
I’m purposely trying not to be myself, which is a hardcore planner. At 37 years in advertising, I’ve had an incredibly tight schedule and so, now, I’ll take some time off, I’ll look around, I have some interest in a couple of brands I want to bring to market, direct-to-consumer brands, and see what the world presents. This is a really rare time to have such a long career doing the expected route, rising through the ranks, so I’m looking around saying, "what are the possibilities?"

It’s rare for an agency executive nowadays to stay in one place for such a long time. What kept you at Deutsch for 22 years?
It felt like each year was a different adventure. We were fortunate enough to build a really big digital presence one year, experiential group, multicultural. We then opened Steelhead Studios, then got into artificial intelligence, data analytics and business strategy. We’ve constantly innovated and reinvented ourselves to stay current. Each time we did that, it was a new adventure.

Tell me about when you first joined Deutsch. Did you ever imagine staying this long?
When I first joined Deutsch, we only had a handful of people. It was a bit of an experiment because there weren’t a lot of successful startups that lasted long in Los Angeles. We used to have a slide in our new employee meetings that showed 50 or 60 agencies that had come and gone in L.A. Our goal was to build something with a very solid foundation. We always had a very long-term perspective. It’s lasted a long time and hopefully it will continue to last and get even more successful over the next 20 years.

Why are you stepping down now?
I had been planning this for the last couple of years with IPG. I turned 60 a couple of weeks ago.

Happy birthday.
[Chuckles] Thank you. My two kids: one’s in college; one’s already in the business world. We’re empty nesters and we had our 30th wedding anniversary. It was like, "I’m 60 years old, let’s see where a new adventure can take me."

How will you make use of this time?
Well, I’ve got about 150 emails yesterday so I’m sorting through those. Then I’ll be taking meetings and having lunches, being very thoughtful about my next chapter. I’m in no hurry. Part of it, too, is I want to get back helping college kids and people who are early on in their careers. I want that to be a part of my future.

What do you feel is one of your biggest accomplishments?
When we started Deutsch there was just a handful of people. That was in 1997 and we would pitch one piece of business after another and for a long time (we) just couldn’t miss. Just that growth and having employed so many people. A lot of people have made lifelong friends coming out of Deutsch, gotten married coming out of Deutsch. I feel really good about the agency and its ability to have touched so many people.

How did it feel losing the Volkswagen account last year?
It was a real kick in the gut. We had nine years of continued growth; their sales had doubled since we came on the account. We had done some of the most famous work. There was a fifth change in overall management and we couldn’t outlast them any longer. It was hard. I won’t say it was good but the agency has always been taken care of. In the years prior to Volkswagen, we went one month without a car account and I’m convinced there is another one in our future.

(The agency lost the U.S. Volkswagen creative account last September after running it out of L.A. since 2009. Johannes Leonardo won lead U.S. creative duties in February after WPP was awarded the North American account last November. Among its accomplishments, Deutsch weathered multiple CMO changes at VW, as well as fallout from the emissions cheating scandal that broke in 2015 that led to major organizational changes at the company. Deutsch was behind several notable creative efforts, including the widely praised 2011 Super Bowl ad, "The Force.")

What’s the biggest issue facing creative agencies today?
Those agencies that won’t invest in their future. There is a huge role for creative agencies and their ability to create big ideas that drive the business. But those ideas have to come from the Swiss army knife you build. If you don’t have enough tools or if you stay strictly in one or two lanes, you’re not going to be able to keep up with the demands of clients and technology. It takes making sure you invest in the right talent so clients always know you’re there building their business.

How do you feel about the succession plan; DiFebo and Getty taking over as CEOs of New York and L.A., respectively, and not having another North American chief executive?
Great people create independence. Val [DiFebo] and Kim [Getty] are both really great people. There’s a real strength in being small. Not small in terms of size but small in terms of, ‘all I have to worry about is Los Angeles or New York.’ Both of those people really do a great job of running their own ship and have extraordinarily good teams to work with. The best agencies are the ones that act like small independent teams, not these behemoths with 100 tentacles all over the world.

Is there any sibling rivalry between the two offices?
There used to be more but there’s a lot of love now between the two. That said, it’s good to keep both of them in their own lanes. They’re too busy to have rivalry.