READ THIS NEXT
How Elephant’s XD Academy is helping to diversify the industry
Martin Sorrell
Credit: Simon Dawson/Bloomberg

Readers of the mainstream press have been titillated by the story, broken recently by The Wall Street Journal, that Martin Sorrell, CEO of WPP, is the subject of an internal Board of Directors' investigation about whether he misused company assets and engaged in improper personal behavior.

What this means in concrete terms has not been spelled out. Mr. Sorrell has denied any financial impropriety. The matter is being investigated by outside counsel hired by the Board of Directors.

L'Affaire Sorrell is a tangled mess. It mixes three separate-but-related dimensions: 1) Martin Sorrell as a corporate executive of a publicly-traded company, which is what the investigation appears to be all about; 2) WPP, the underperforming marketing communications holding company that Sorrell founded in 1985, whose shares are now 35 percent off their 2015 high; and 3) Martin Sorrell as the 73-year old CEO who expects to remain in place to lead WPP into an undefined future.

Regarding the first "corporate executive" dimension, there is little information. Sir Martin is a very rich executive, and the notion that he misused company assets ("non-material amounts," according to the Board) seems illogical. He receives very generous pay and benefits from the company – having earned £70.4 million ($99 million) in 2015 and £48.1 million in 2016, and having received £37,000 in car benefits, £68,000 in health care, an £86,000 accommodation allowance and £37,000 in "other expenses," per the Wall Street Journal, referencing WPP's 2016 Annual Report.

The Times of London, a Murdoch paper, speculated about other subjects, reminding its readers of a well-publicized romantic drama between Sir Martin and "a former lover," Daniela Weber, chief operating officer of the group's Italian business, more than a decade ago. That affair, and other related matters ended up in court over accusations of libel.

Speculation about Sir Martin will be rife until the nature of the investigation is revealed.

The second dimension relates to WPP, the underperforming holding company, about which the Board of Directors ought to be concerned. WPP, like other holding companies (IPG, Omnicom, Publicis Groupe, Dentsu, etc.) has been structured to buy media, research and creative companies and pressure them to grow and widen their margins. Up to 2004, this was a very successful strategy, because the acquired companies were "fat" with excess resources, and they could downsize without any consequences. WPP revenues, profit margins and shares grew handsomely under this strategy.

By 2004, though, the excess agency resources had been wiped out, according to my research. Unfortunately, this occurred at a time when clients were cutting agency fees aggressively, leading to further agency downsizings and a weakening of agency capabilities. Simultaneously, client brands were having to deal, not so successfully, with digital and social media, e-commerce competitors, the rise of fickle millennials and the growth of private-label products in the marketplace. Advertisers needed help to solve these problems, but their agencies were downsizing themselves into irrelevance.

That takes us to the third dimension, where Martin Sorrell as CEO of WPP faces up to the future of WPP's performance. He cannot continue to squeeze his agencies for profits and growth, since there is nothing left to squeeze. Instead, he (along with other holding company CEOs) must shift gears and become "operational," fixing and strengthening agency operations and getting them back in the game with their clients. A related effort involves reorganizing the agency resources in "holding company relationships" to serve clients, but without operational strengthening, this will not be enough.

It may be too late for holding company improvements. Consulting firms like Accenture, Deloitte and IBM have acquired creative and media capabilities and are taking business away from holding companies and their agencies. The consultants marry problem-solving skills with media and creative capabilities; exactly the skills that beleaguered advertisers need today.

WPP's Board may decide that the strategic and operational challenges of WPP might be better handled by a new leader. This presents them with a dilemma, though, since Sorrell has been an unquestioned success in increasing shareholder value for the past 30 years. Perhaps this explains why they are taking the extraordinary step of investigating him for other matters, and hoping that this will give them the leverage to make a change at the top. 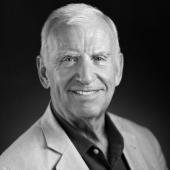 Michael Farmer
Michael Farmer is chairman and CEO of Farmer & Co., a firm that works with global agencies and their clients to improve management disciplines and brand performance. He is also author of "Madison Avenue Manslaughter."
Follow View all articles by this author