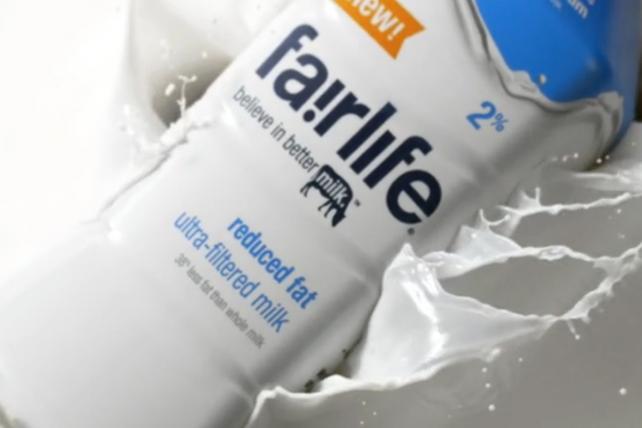 Fairlife is the result of a partnership between Coca-Cola Co. the the Select Milk Producers dairy co-op.
Credit:

Fairlife is a joint venture between Coca-Cola Co. and a dairy co-op known as Select Milk Producers. The co-op oversees production and marketing, while Coke handles distribution.

In addition to traditional advertising, Doner is tasked with handling digital, social and experiential for Fairlife, said David DeMuth, president and CEO of the MDC shop. "It's a really great opportunity for us to shape the entire narrative for the brand," he said, adding that there is a "real cultural compatibility" between Doner and Fairlife.

The agency, which has between 10 to 15 staffers in its Detroit office working on the account, is also working with the company on its product innovations, Mr. DeMuth said. He added that Doner will work closely with Fairlife's PR agency, Allison & Partners, and media partner Starcom. The agency's first major work for Fairlife is expected to break next spring.

The Fairlife brand is touted as a "nutrient-rich ultra-filtered milk with 50% more protein, 30% more calcium and half the sugars typically found in milk." The brand began rolling out nationally in February 2015. It was initially backed by a campaign by Condon & Root, a small shop based north of Chicago. The first ad was full of farm imagery and declared that "from grass to glass, we promise high-quality real milk."

In September, Fairlife joined forces with Onion Labs for a digital media campaign starring University of Michigan football coach Jim Harbaugh. The six-part series was called "Harbaugh Highlights" and showed the coach reviewing footage in his living room -- not of football but of his own family drinking the milk brand.

~ ~ ~
CORRECTION: Based on information provided by Doner, an earlier version of this article erroneously said the agency had been named to handle Fairlife's portfolio, including Yup kids milk and Core Power protein products. The shop has won just Fairlife branded milk products and new product innovations; Yup continues to work with Onion Labs and Core Power works with Upshot.