Lawyers for Erin Johnson, the chief communications officer at JWT who filed a lawsuit March 10 against the company, its former chairman-CEO Gustavo Martinez, and parent company WPP, have filed a memorandum opposing a motion for a protection order filed by the defendants' lawyers. The memorandum filed today charges that WPP is attempting to excuse "unlawful" behavior. 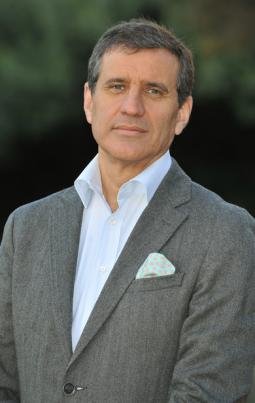 "Faced with the video's irrefutable evidence of discriminatory remarks that they repeatedly and publicly denied, defendants now seek to conjure up a privacy interest in a meeting where hotel staff were free to enter and in a recording where only fleeting glimpses of attendees are shown," said the memo, filed this morning.

It continued: "The absurd contention that media executives somehow deserve protection against a few calls or emails from the press does not come close to meeting defendants' heavy burden to justify sealing of the video. Those privacy claims ring hollow given defendants' willingness to have their current employees describe in a public filing a situation where conduct at a Hip Hop party and a hotel's misplacing luggage purportedly made a joke about rape an antidote to tension. Defendants' motion accordingly should be denied."

The memo also contends that WPP, through its actions last week, admitted that comments were made. "Defendants thus now admit that Martinez's comments they previously denied having been made were, in fact, heard by a large audience of high level JWT employees. Defendants' statements, to employees, clients and the press, that 'there is absolutely no truth to [plaintiff's] outlandish allegations' are now admitted to be false."

A representative for JWT did not immediately respond to a request for comment.

Ms. Johnson said in her original March 10 lawsuit that there was video of Mr. Martinez making racist and sexist comments. It later came out that the tape in question was from a company meeting at a hotel in Miami last May. On March 14, Ms. Johnson's lawyers sought to submit the video as evidence.

Mr. Martinez resigned on March 17, exactly one week after the lawsuit was originally filed. That same day, JWT and WPP lawyers filed a document asking the court that it not allow that video into evidence as it contained proprietary information about the agency.

The video has become a major point of contention for this case, though the original lawsuit is broader, citing multiple incidents of Mr. Martinez allegedly making racist and sexist comments -- not just in the presence of Ms. Johnson, but in the presence of other JWT executives as well. The suit also alleges that Ms. Johnson notified human resources but that nothing was done.

The original complaint said that the meeting had about 60 employees in attendance. "The previous night, there had been a large party at the hotel's night club attended by mostly African-American guests. At the start of his presentation, Martinez described the hotel as 'tricky.' He explained that he 'found . . . different and strange characters in the elevator.' He further explained, 'I was thinking I was going to be raped at the elevator,' but 'not in a nice way.'"

Along with the request last week to seal the video, there were several affidavits from JWT executives, including a joint declaration filed by Lynn Power, president of JWT New York; Matt Eastwood, chief creative officer of JWT; Amy Avery, global head of analytics at the agency; Jinal Shah, global digital strategic director and many other JWT senior executives. In it they said that felt Mr. Martinez was making the comments to help ease concerns and make people feel more comfortable, and that some employees believed they had things stolen from the hotel.

Their affidavit said: "We heard the comments that Gustavo made that are alleged in the complaint and at issue in this motion. Given the content of the highly unusual events occurring at the hotel in the night before the meetings, combined with Gustavo's lack of command of the English language and the fact that he was making a joke about himself, we did not find the comments he made offensive. It was clear that Gustavo was trying to ease the tension that we were all feeling and the people in the room seemed to appreciate his attempt to do so."

The memo today also said that the affidavits and protection order essentially excuse "unlawful" behavior. The defendants' motion "fails even to acknowledge recent controlling Second Circuit authority and instead attempts to excuse clearly unlawful behavior by arguing that the 'context' – as they spin it – and a language barrier, are determinative here. Not only are defendants wrong but they, without explanation, reverse their prior course by submitting a 'Joint Declaration, with 13 signatures, stating "[w]e heard the comments that Gustavo made that are alleged in the Complaint and at issue in this motion."

The memo filed today said that the plaintiff sought to submit the video as an annexed item to the lawsuit because "technical limits of the Court's filing system mean that a video cannot simply be attached like a paper exhibit. Once attachment of the Video is authorized, it becomes a judicial document and the public has a First Amendment and common law right of access, not only because of the public's role in monitoring the courts but also because of the public interest in discrimination at a major employer like defendants."

Charlotte Ibarra, manager of events and special projects at JWT, filed her own affidavit, wherein she said that she was also at the meeting in Miami, and that the scene at the hotel, because of the party, was littered with people behaving in an "unruly and disorderly manner." JWT employees had gone off site to a dinner, and when they returned, the police had arrived at the hotel, the document said, and JWT employees had to "step over puddles of vomit to gain access to the lobby of the hotel."

Another affidavit was from Keni Thacker, senior event technology specialist. He filmed the video in question and said in the document that he is executive producer of Differenter, JWT's diversity and inclusion program. "I have read the complaint and some of the press coverage of same, which characterize the comments that Gustavo Martinez made at the meeting as racist," he said in the document. "I am African-American and I took responsibility as executive producer of Differenter because diversity is an issue I feel passionate about. The comments Gustavo made during the meeting had nothing to do with race and I did not feel at the time of the meeting or now that there was anything racist about them."

Also last week, an order of appearance was filed saying that Mr. Martinez would be using his own lawyers from Wilson, Elser, Moskowitz, Edelman & Dicker. He was previously represented by Davis & Gilbert, which is also representing JWT and WPP.