Favorite to lead WPP after Sorrell is already making a mark 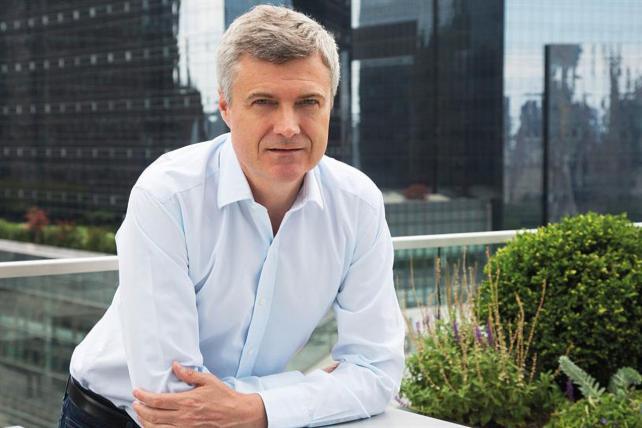 As WPP closes in on appointing a successor to its long-time former CEO and founder Martin Sorrell, one man stands as the front-runner: Mark Read.

Read, Sorrell's former strategy and digital chief, is the favored candidate internally to run the world's largest advertising group. There's growing confidence that he will get the role after a drawn-out process that's already lasted four months, according to a dozen WPP executives, who asked not to be named discussing a company matter.

Ousted in April, Sorrell built WPP into a global powerhouse from a wire shopping basket maker, became the doyen of the industry and a prominent voice on global trade, appearing regularly on TV and at conferences including the World Economic Forum. Read would be a more operational choice for the board, someone who doesn't seek the limelight, but who understands the complexities of the business and can act to address its difficulties because he already has an intimate understanding of WPP.

The delay in selecting a successor to Sorrell comes at a critical time for WPP, which has lost a third of its market value over the past 18 months as major clients like consumer goods giant Procter & Gamble Co. spend less on marketing and internet giants Facebook and Alphabet's Google threaten to cut out the agency middlemen.

WPP reports half-year financial results on Sept. 4 and is likely to make an announcement about Sorrell's permanent replacement at some point in that month, according to a person familiar with the matter. The longer the appointment takes, the more investors may fret about the lack of permanent leadership to steer the company through the industry's major shift.

Read, the interim co-chief operating officer alongside Andrew Scott, is already making an impact. Here are some of the ways in which he's filled Sorrell's shoes, according to those who work with him:

Sorrell micro-managed WPP, a global network of hundreds of ad agencies, incessantly firing off emails to lieutenants about business minutiae and continuing exchanges long into the night. While still seen as appropriately responsive, Read has dialed back the correspondence during unsociable hours. And even then, decisions are being made faster. WPP staff put that down to a shift in power away from the head office and bypassing the log-jam of Sorrell's phone.

Read's tone is also softer, with executives describing him as more thoughtful and less combative than Sorrell, and as a good listener who doesn't assume he has all the answers. Quarterly reviews with Sorrell were often a dressing down, an impression absent when meeting Read, according to one executive.

While Sorrell regularly spoke of the importance of WPP's different divisions working together, that cooperation has become more prevalent under Scott and Read. There is a newfound spirit of collaboration between company bosses, with more meetings between WPP agency leaders over the past few months than at any time under the former CEO, one executive said.

Read has convened WPP's annual strategy meeting in New York for October, a fixture where Sorrell used to bring together about a hundred senior staff with client CEOs and the occasional star guest speaker like former British Prime Ministers Tony Blair or David Cameron. The fact Read has called the meeting is seen by some WPP leaders as a sign that he's on course to get the top job, while others said it was simply diary-planning.

Despite being Sorrell's de facto replacement for the past four months, Read has kept a relatively low public profile. He made limited appearances at the Cannes Lions festival in June -- the ad industry's annual jamboree where Sorrell made a splash.

While Sorrell would frequently appear in media and cultivated a celebrity image, Read is seen as more modest and reserved. His day-to-day preferred method of transport is Uber and public transport instead of a chauffeur-driven car and he has a limited entourage.

Read has been circumspect about what he would change at WPP, careful not to over-step his mandate as interim co-chief operating officer. But he has discussed how WPP could be reshaped, including floating ideas such as merging creative agencies with faster-growing digital or media businesses.

He's also looking at ways to simplify WPP's organization -- Sorrell had more than 100 direct reports, a practice Read would look to change. WPP is also moving out of its long-standing small Mayfair headquarters in a symbolic break from the Sorrell era.