Michael Aimette takes up the role alongside Gabriel Schmitt, who was appointed earlier this year
READ THIS NEXT
Q&A: Rob Reilly explains why he is moving to WPP 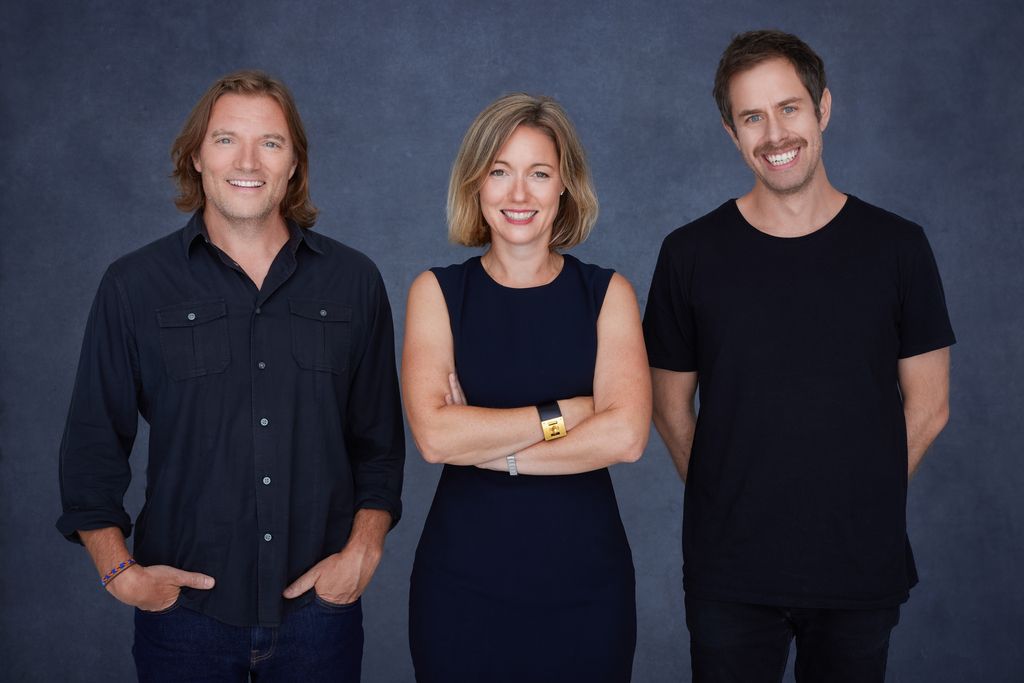 Schmitt was elevated to that role in February, with the Interpublic Group of Cos. agency saying at the time that it was looking for his partner to co-lead the New York creative department. The duo will have oversight of the agency’s entire client portfolio that includes AB InBev, GSK’s Centrum, Lincoln Financial and the FDA’s teen anti-tobacco brand, The Real Cost.

Aimette officially joined FCB New York in January, in a consulting-type role, so he says he’s had some time to get acclimated with the team and culture in-person before the agency was forced to shut down their offices and go remote in March due to the pandemic.

Schmitt says he and Aimette immediately clicked when they began to work together and will bring critical differing points of view to the dual role as they come from such different backgrounds—Schmitt having grown up in Brazil and Aimette having been raised in Brooklyn.

“We’re like twins, but fraternal twins,” Aimette says. “Our cultures are very different which is one of the things that mattered so much to us.”

Aimette says the two also bonded over their mutual understanding that as “creative” as chief creative officers must be, they must also be “strategically sound. That’s where the best work comes from,” he adds.

He is reunited with FCB Global Chief Creative Officer Susan Credle as well as Armstrong, having previously worked with both at BBDO when they served as executive creative director and worldwide senior director, respectively.

Aimette’s background also includes film, having worked alongside John G. Hofmann to write and direct the 2005 Irish dark comedy, “Turning Green,” which was released in select U.S. theaters in 2009.

“Now, more than ever, clients want access to senior leadership,” Armstrong said in a statement. “Having Michael and Gabriel partner as co-CCOs enables us to grow while still staying deeply involved in the day-to-day business of helping our clients succeed.”

Schmitt says the strategy relayed to him when he was appointed co-chief creative officer earlier this year was always to hire a partner in equal weight to lead creative efforts across all main clients. He says that, unlike some other chief creative officers at big holding company-owned agencies, he and Aimette are hands-on and very active on accounts.

“We knew there were a couple of things, really a lot of things, we wanted to do at FCB New York,” Schmitt says, explaining that primarily the agency wanted the chief creative officers to be “really close to the main clients" and also achieve “pretty big new business goals.”

He says the agency was coming off a big year in 2019. Schmitt himself led the acclaimed “Whopper Detour” campaign, the Cannes Grand Prix-winning stunt that re-directed McDonald’s customers to the nearest Burger King to get a sandwich for only a penny. He also was the creative lead on FCB's two Super Bowl LIV spots for Michelob Ultra: a plug for organic farming and a workout montage featuring Jimmy Fallon and John Cena.

“Coming off 'Whopper Detour' and the Super Bowl work, we had a very good creative foundation and people were paying attention to FCB,” Schmitt says. “We knew 2020 had to be the year to leverage that momentum, so, in a nutshell, what we had to do was grow, but not just from a new business standpoint; we had to grow organically. At agencies, a lot of times you see that one account does great stuff and then the other accounts are just whatever. My creative agenda was to spread [the wealth].”

To that point, Schmitt says FCB New York has been delivering more high-profile work for clients like the FDA’s The Real Cost, which recently took home the Youth Marketing Effie award for the fourth time in its seven-year partnership with the agency. For the client, FCB New York most recently brought a disturbing statistic to life for teenagers via a partnership with Xbox—that for every four teenagers who smoke cigarettes, only one will manage to escape addiction. The agency created a free, downloadable game, called "One Leaves," that forces players to find their way out of a haunted labyrinth, serving as a metaphor for nicotine addiction.

Aimette says FCB New York has also been delivering on its new business goals, having recently won four out of four pitches for which it competed. He says the agency was also recently added to Axe's creative roster. Aimette says those wins have allowed FCB New York to increase its workforce by 40 percent during the pandemic alone.

“We've been in a weird position because we've expanded while so many [other agencies] have contracted,” he notes.

Aimette says a main focus for FCB New York has been to be proactive with clients, which he adds is “not a pandemic thing; that's something we should always be doing.”