Why Are So Many People Leaving FleishmanHillard? | Ad Age
Skip to main content

Why Are So Many People Leaving FleishmanHillard? 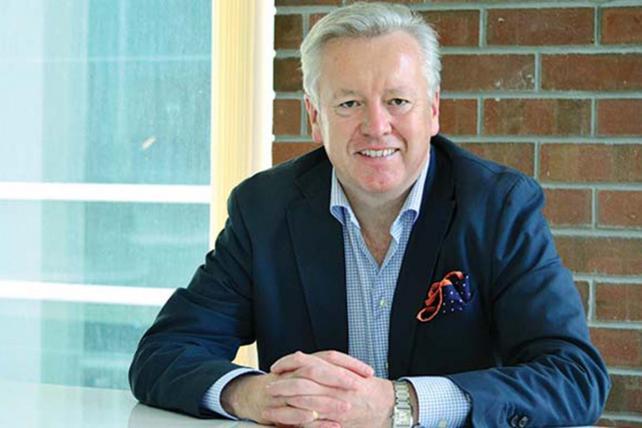 FleishmanHillard has seen 11 senior leaders depart within the last three-and-a-half months -- and at least two more have turned in their resignations since former President-CEO Dave Senay stepped down last November.

Chief Executive John Saunders, who succeeded Mr. Senay after serving as president of Fleishman Europe, Middle East, and Africa, said his predecessor and the management team made a number of cost-cutting moves, including "eliminating certain roles." He said that the shop has seen "significant improvement this year."

"Thanks to tough decisions that were made, we are now in the position that we can make even more investments and support and ensure that our staff has all the tools and resources they need to do a stellar job for our clients," said Mr. Saunders. "I'm happy to say that March 2016 was the finest month in the history of the agency, and while one swallow doesn't make a summer, there's a new leadership team at FleishmanHillard and I can only hope that it's a trend."

There have been changes at the agency, and according to some people with knowledge of the situation, they have not all been good. According to multiple executives who spoke with Ad Age on the condition of anonymity, the agency has been putting a much greater focus on generating profit for holding company Omnicom, resulting in Fleishman reverting to an old-school ways of thinking such as prioritizing traditional earned media tactics and billings rather than creative work.

Numerous people said the shift started when former FleishmanHillard President Robert Dowling --defined by many as a change agent -- left the agency last spring, kicking off a decline in confidence among staffers. After Mr. Dowling departed, so too did a number of other Fleishman executives last year, including Ryan Peal, senior VP-general manager of Los Angeles; Danielle Hurtt, senior VP-partner and director of marketing; Executive Creative Director Nick Childs; and Rob Shapiro, senior partner and group leader of corporate b-to-b marketing.

On Tuesday, Fleishman holding company Omnicom reported that its PR business decreased 0.9% for the first quarter of 2016, while advertising grew organically by 7.9% in the period.

"The only pressure I'm under from Omnicom is, 'Please grow the business,'" said Mr. Saunders. "That's what they're asking me to do and that's what I'm determined to do. They want a high-performing business, and I'm competitive and want PR to be outperforming advertising within Omnicom."

Mr. Saunders said Fleishman is now "a significantly leaner machine," making it more competitive, flexible and agile. The cost-reducing corrections were necessary due to the "significant and seismic changes happening in our business," he said, adding that advertising agencies have had to remodel their businesses, and now "in many ways, the PR business has had to catch up with that."

FleishmanHillard has lost several accounts recently, including Cadillac, L'Oreal and the majority of its Samsung work.

Mr. Saunders said the agency was "disappointed to lose Cadillac," and while the account was important, it was one part of its relationship with General Motors. Fleishman, he said, is still offering marketing support for GM in the U.S., as well as doing "significant social work" for them and the sponsorship of Manchester United.

In addition to Ms. Foutch's appointment, Mr. Saunders said the agency has made a number of strategic hires since the start of the year. Some of them include Grit Arndt as head of brand marketing in Frankfurt; Tim Winters, senior-VP, creative strategist in Detroit; Kuniyoshi Mabuchi, digital lead in Tokyo; John Gisborne, U.K. head of healthcare; and Cameron Walker, managing director of Saudi operations.

Omnicom also recently introduced a new central approach for PR and healthcare. For the struggling PR business, which encompasses around 6,000 people across 10 agencies – Ketchum, FleishmanHillard and Porter Novelli being the three largest – it moved Porter Novelli CEO Karen Van Bergen into a new role overseeing all PR operations. Healthcare also got a new lead tasked with customizing teams from various healthcare groups to service clients.

"I think we have lacked a voice for PR at Omnicom and [Ms. van Bergen] is an amazing choice and will give PR a parity of esteem among the other disciplines," said Mr. Saunders.

Omnicom's decision to get more involved with its PR agencies comes about four years after Fleishman sibling shop Porter Novelli went through a similarly turbulent time. In 2012, the shop was face with client losses and the departure of numerous top executives, including its chief marketing officer, president, chief financial officer and CEO. Ms. van Bergen was brought in as the agency's new chief executive in January 2013, with the aim of turning Porter Novelli around.