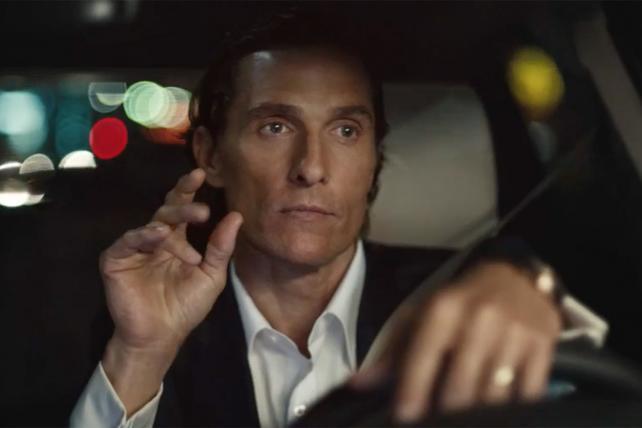 Ford has moved outside of WPP for help on a new campaign for its Lincoln brand, tapping Laundry Service, the Wasserman Media Group-owned New York-based shop that is riding a hot streak. The shop's content studio, called Cycle, was hired to handle social media for a new campaign for the redesigned 2018 Lincoln Navigator SUV, a Lincoln spokesman confirmed.

The assignment comes as the Ford-WPP relationship, one of the longest-running client-agency hookups in the industry, is under new strain as the automaker re-evaluates its marketing model.

WPP in 2012 established Hudson Rouge to handle the Lincoln luxury brand. The Lincoln spokesman confirmed that Hudson Rouge—known for Lincoln's Matthew McConaughey ads— will continue to work on Lincoln, including on the Navigator campaign. Still, Laundry Service's content-creation role on the campaign is significant, according to people familiar with the matter.

Representatives from Laundry Service declined to comment. Hudson Rouge did not respond to a request for comment.

Globally, the main Ford brand is with WPP's Global Team Blue. But that relationship, which is a massive piece of business for the holding company, is under new scrutiny. WPP in a regulatory filing this week stated that on Nov. 27 Ford "verbally informed WPP that they are considering their future internal and external marketing model and want to enter into a further agreement with WPP for a period to be agreed in 2018. WPP is considering the proposal and is in discussion with Ford on next steps."

Ford in a statement said "we value the talented and creative men and women at WPP. They are trusted partners and curators of the Ford brand. As we are across the Ford business, we are exploring options to improve the fitness of our marketing and advertising operations. No decisions have been made."

Spokespeople at WPP and Ford declined to elaborate. But the carefully worded statements suggest that the client-agency relationship is being re-evaluated. Still, there are no indications that Ford has begun reaching out to other holding companies.

The agency evaluation comes at an inopportune time for WPP, which in October cut its 2017 growth expectations to zero. WPP has blamed ad spending cutbacks from major packaged goods clients. WPP's two largest CPG clients are Procter & Gamble and Unilever. Pressure from Ford, whether it be on fees or something else, would amount to a new headache for WPP and its CEO Martin Sorrell.

Ford is the nation's ninth-largest advertiser, shelling out $2.3 billion in 2016, according to the Ad Age Datacenter. Globally, Ford reported advertising costs in 2016 of $4.3 billion or 2.83% of total revenue. In the U.S., the Ford brand got $892.2 million in measured media support last year, while Ford spent $303.8 million on Lincoln.

For Laundry Service, the assignment continues a streak that includes being named creative agency for Papa John's at the end of October, which was somewhat of a surprising pick for the pizza chain. The agency, which started as an "internet video company" in 2011, also signed a deal with ESPN to collaborate on branded digital content and original programming for the sports giant's advertisers earlier last month. Last month, Laundry Service ended its social media relationship with BMW, saying in a statement at the time that "both parties are looking for a different type of partner." The statement added that the agency looks forward to "sharing exciting updates regarding our work in the auto space" next year.

Laundry Service counts the likes of Twitter, Anheuser-Busch InBev's Bud Light and Michelob Ultra among its roster and it has seen clients such as T-Mobile, LG, Jordan Brand and Freixenet increasingly look to repurpose the agency's work from digital to the more traditional creative areas of TV, print, out-of-home and more.

Ford has continuously worked with WPP agencies since 1943, when it hired J. Walter Thompson. JWT had earlier worked on Ford from 1910-1912 in the Model T era. WPP created a multi-agency dedicated Ford entity called Team Detroit in 2006 that was rebranded to Global Team Blue last year. GTB is headquartered near Ford's offices in Dearborn, Michigan, but has offices around the globe.

The agency-client relationship is getting a closer look as Ford, under new leadership, takes a fresh look at costs. Jim Hackett, who was named Ford CEO in May, is looking to slash $14 billion in the next five years, including material cost reductions and engineering savings, as Automotive News reported earlier this year. In October, Hackett oversaw a management reshuffle that included installing Kumar Galhotra, president of the Lincoln brand, as global chief marketing officer. He retained his role on Lincoln. Global marketing had been overseen by Stephen Odell, who announced his retirement after a 37-year career at Ford.

Galhotra is charged with "shifting investments towards product categories that play to Ford's strengths, and developing more effective brand communications including digital services," the company stated. One of Hackett's top lieutenants is Jim Farley, who in May took on an expanded role of executive VP and president for global markets. His duties include overseeing global marketing sales and service.