Amid Leadership Shuffle, Interpublic Touts Big Investment for Global Expansion
READ THIS NEXT
R/GA's Jess Greenwood is leaving for Apple

NEW YORK (AdAge.com) -- Huge founder and Global Creative Director David Skokna is leaving the agency he started in 1999. The move comes two years after Interpublic Group of Cos. acquired a majority stake in the Brooklyn-based digital shop.

Agency partner Sasha Kirovski, who serves as head of technology for Huge, will also be leaving. Messrs. Skokna and Kirovski have not revealed their future plans. 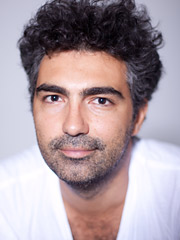 "I'm going to help out these guys throughout this year, but whatever is the future is in the future," Mr. Skokna told Ad Age. "This really has nothing to do with earn-outs or cashing out. It has to do with time. I've spent more than 10 years building this company. It's just time to move on."

Concurrent with the departure of the two executives, Interpublic has announced a "substantial financial investment" to accelerate Huge's global expansion with new offices in Brazil, China, Singapore and Japan. Executives familiar with the matter estimate the investment to be between $8 million and $10 million. Interpublic took a 51% stake in the company in 2008, with its four partners holding the remainder.

Agency partner Aaron Shapiro, who joined the company in 2005 as the 10th employee, will assume the role of CEO. The fourth original partner, Gene Liebel, is also staying on to become chief strategy officer and will oversee product design and analytics. It is understood that Messrs. Skokna and Kirovski's stakes in Huge are being redistributed amongst other longtime employees.

Among those who are stepping up to become partners and fill leadership gaps in the company are: Joe Stewart as executive creative director; Shirley Au as managing partner; Michal Pasternak as user experience lead; Patricia Korth-McDonnell on client services; and Felipe Memoria on product design. 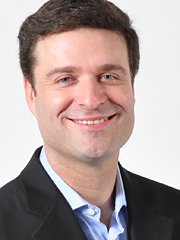 Aaron Shapiro
"The nine employees I met when I joined the agency are now running divisions of the company," said Mr. Shapiro. He added he is "not worried" about maintaining the agency's culture after it loses its founder because so many original employees are in leadership roles.

While the announcement is abrupt, Messrs. Skokna and Kirovski have slowly withdrawn from day-to-day operations and client contact over the last few months, people familiar with the agency say.

Still, whether the exit of two of the four original partners will have any impact on Huge's rapid growth remains to be seen. Huge has, especially in the realm of holding company acquisitions of digital shops, been a success story. It more than doubled in headcount since acquisition to 300 today and expanded its footprint globally with the recent opening of offices in London and Stockholm, Sweden.

The latter was put in place to help serve recent wins of accounts for Electrolux, Saab, Ericsson and flagship client IKEA, to which Mr. Skona has had ties since a stint working at Deutsch, New York, in the 1990s.

Huge grew revenue more than 44% year-over-year, to $33 million in 2009, according to Ad Age's DataCenter. Based on the first half, Mr. Shapiro said the agency is on target to grow revenue 50% this year. It counts Target , Pepsi and JetBlue among its clients and reports Four Seasons, Maybelline, Turner Broadcasting and Fresh Direct as new wins.

"Performance at Huge -- both creatively and financially -- has been outstanding," Michael Roth, Interpublic chairman-CEO, said in a statement. "We're also pleased that the new partnership team is in place, ready to take the company through its next phase of growth. By investing to expand their geographic presence and range of offerings, we see an opportunity for Huge to become a global leader in digital marketing, working with a number of our major multinational clients."