Free the Bid: Women Directors Ready For Their Close-Ups

If the ad industry is serious about advancing women, it should take a cue from Free the Bid.

The initiative began last September as a means to give women directors more of a crack at ad work. It asked agencies to commit to including a woman director on every triple-bid project, production companies to sign more female directors and marketers to seek one female bid on each of their commercial productions.

In the eight months since, it has opened a lot of eyes and, at least anecdotally, produced results.

"The biggest development that I've seen is the conversation and the awareness, and how fast it translated into action," said founder and director Alma Har'el.

What at first seemed a simple pledge has evolved into a whole new way of working for its signatories. Agencies have had to shift gears in creative work and production, leading to tough hurdles but also unexpected opportunities. "It creates a new environment where you take a little more risk, but you get a much bigger reward," said 72andSunny Chief Production Officer Tom Dunlap.

Free the Bid has forced the agency to look beyond the typical (male) A-listers. That's led to female directors becoming part of the agency's normal production rotation and projects with impressive and sometimes unexpected talents, including a Google Home initiative with Knucklehead's Siri Bunford (one spot from which landed in the Super Bowl this year) and an undisclosed effort with "Handmaid's Tale" director and executive producer Reed Morano. At Pereira & O'Dell, the team has been seeing more female options from its production company partners because of their participation in Free the Bid. "It feels like a lot of their new hires have been women, and I believe it's because of Free the Bid," said VP-Production Jeff Ferro.

There are no hard numbers on just how many more female directors have gotten ad work as a result of Free the Bid. With a staff of three including Har'el, the group does not track that, citing the lack of resources. But one agency, at least, has seen solid results. FCB Chicago reported that prior to joining Free the Bid, roughly 40% of its bids included a female director. Six months in, 95% of bids now include a woman. Before, women directors actually landed about 10% of all its bids. Now that number has jumped to 30%.

HP has been an avid benefactor as the effort has dovetailed with the company's own stated commitment to promote diversity. Chief Marketing Officer Antonio Lucio "has been our biggest ally in facilitating the conversation about what women are capable of as directors and turning good intentions into positive action," Har'el said. The company's financial support has helped Free the Bid to bring in an executive director, Emma Reeves, and expand the portfolio of female directors' reels on its website to more than 400 from 70 at the start.

A recent HP campaign, "Reinvent My Story," brought in director Peyton Wilson and Free the Bid writers. Last week, during the Cannes Film Festival, the brand said it would be stepping into the film business for the first time with a female director, Nandita Das, on the biopic "Manto." At a presentation introducing the film, HP also brought in Crystal Moselle, a direct beneficiary of the initiative. The week Free the Bid debuted, "I'd gotten more calls than I've ever gotten, and it's continued," she said at the panel. Recently, it helped her land work for big brands such as eBay, out of Pereira & O'Dell. 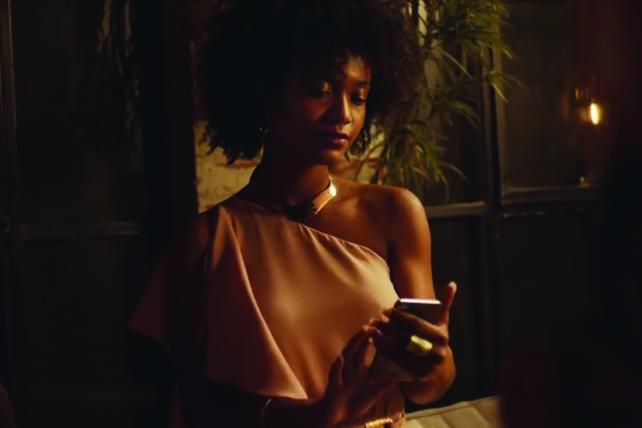 Ad Age's Creativity in recent months, coincidentally, has seen an uptick in notable spots shot by female talents. Along with Bunford, Somesuch's Aoife McArdle landed in the Super Bowl, in a category not typically friendly to female directors: cars. She directed one of the more favorably reviewed ads of the big game, Audi's "Daughter," about pay equality, via Venables Bell & Partners. McArdle and Knucklehead's Bunford were among the five finalists for Director of the Year honors at Ad Age's Creativity Awards.

Growing the organization has one downside, though: It has been tough on Har'el's own career. "I had to stop working for a few good months," she said, "and I only got back to directing commercials last month." 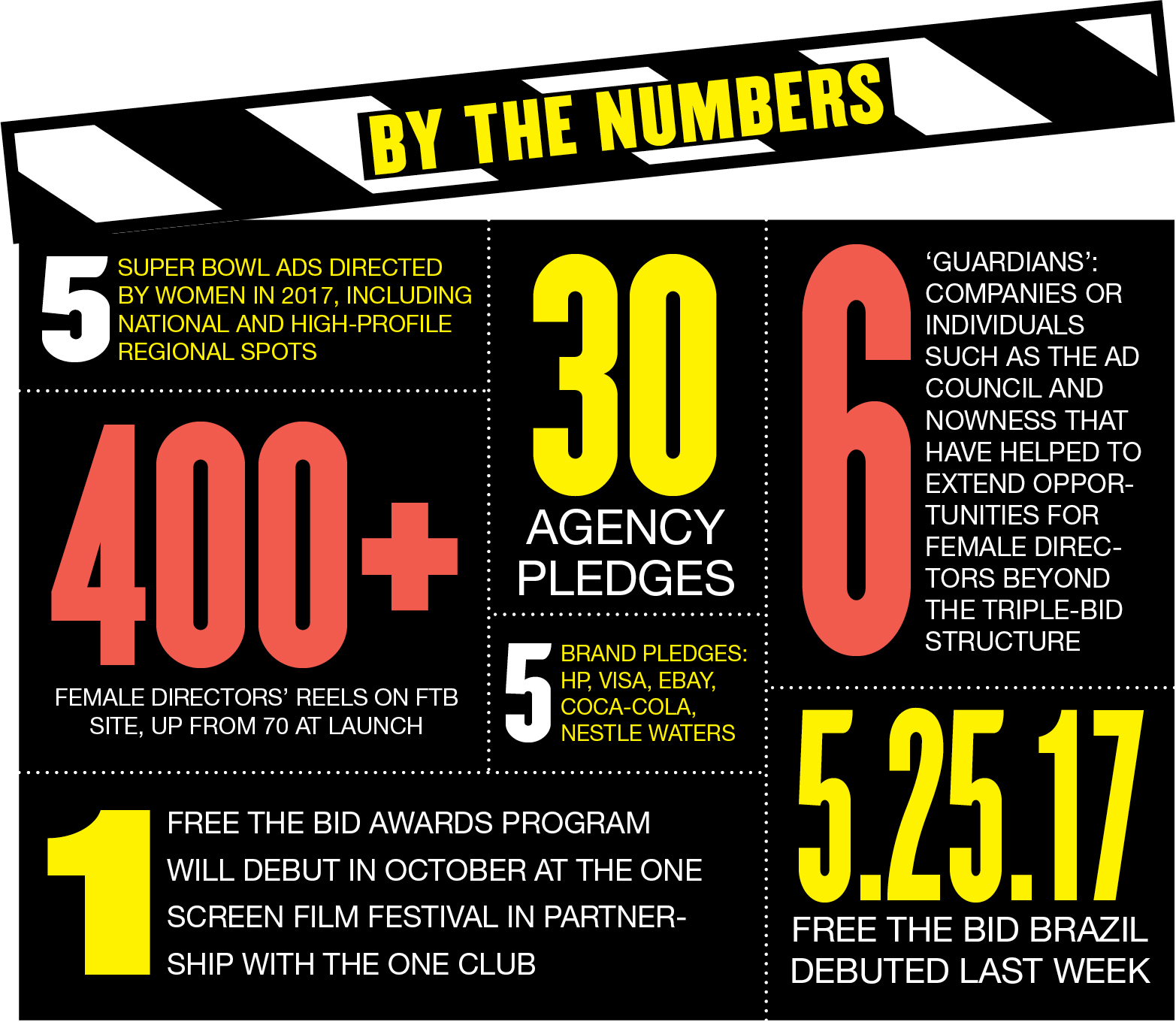