Are Full Service Agencies a Thing of the Past or the Future? | Ad Age
Skip to main content

Are Full Service Agencies a Thing of the Past or the Future?

Three Agency Heads and a Marketer Sound Off at Advertising Week Europe
READ THIS NEXT
Q&A: Rob Reilly explains why he is moving to WPP
Credit: Horia Varlan

In the age of agency labels -- media, digital, creative, social, "traditional" and more -- should the full service house be resuscitated? Has that process already begun?

"It isn't time to bring it back," said Paul Mead, founder and managing director of VCCP Media, during a panel at Advertising Week Europe in London. "But it's got to be time to be thinking about it."

Mr. Mead argued that the all-agency idea isn't the issue, but rather its ineffective execution. Clients bringing work in-house wouldn't immediately split capabilities up and form separate P&L's, he reasoned. In fact, in his experience, creative teams have often been inclined to use all of the resources they're provided, asking the questions that will tell them what is and isn't possible.

"I think full-service is already here," Mr. Mead added, "we're just struggling with the semantics of it."

Peter Souter, chairman and chief creative officer at TBWA London, also endorsed cross-departmental collaboration. "I don't know what I don't know," he said, "I like being in a gang and I think everyone will do better if they have more skin in the game." In 1999, during his 17 year tenure at Abbott Mead Vickers BBDO, such teamwork helped make "Surfer," a beautifully filmed Guinness ad, a better piece of work. Being able to go downstairs and talk over whether repeating the ad more was more or less important than the production value wound up giving the department a little more cash to make a superior spot. 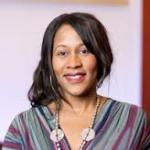 "I actually don't know what a 'full-service agency' is anymore," Mediacom U.K. CEO Karen Blackett said. Her media agency, much like other shops, is tasked with "understanding the total communications ecosystem ... making sure it's distributed throughout and meeting the client's business needs," she said. Sometimes that means putting more of the budget towards maximizing SEO and social budgets. And to succeed, she said, media has to be creative. Creativity cannot be siloed if communications efforts are to be effective, she said.

From the marketers' side of the equation, Pete Markey, CMO of The Post Office in the U.K., said there has never been a better time to be a client thanks to the range of agency choices they are presented with. But he also said he wants to ask those who promise more capabilities, "Can you really do all that?," "Don't you need a bit of specialism?" and "Do you need your gang to all be in the same building to work together?"

Working with various specialized agencies can yield impressive solutions, Mr. Markey added, and, at times, a bit of positive tension and competition is the cause. In the end, though, his decision on whether to stick with several specialists or go with a full-service shop is based in part on how much marshaling he has to do -- how often he has to tell them to "Sort it out and play nice."