The retailer, which has been in discussions with the agency for months, awarded the business without a review. Gap brand spends about $60 million annually on measured media, according to Ad Age's Leading National Advertisers Report.

Seth Farbman, Gap's Global CMO, said the first "substantive conversation" with Wieden took place late last year. Gap had been working with Minneapolis-based Peterson Milla Hooks on a project basis since splitting with Ogilvy in late 2012. Mr. Farbman, an Ogilvy alum, said the time was right to embrace a lead agency. Wieden's first work for Gap is expected to break in September.

"We've gone through our internal journey to get clarity on the brand," Mr. Farbman explained. "In day-to-day retail, when you're focusing on the customer every single day, you need someone who has just that half-step perspective more. You have to find a partner to bring [the brand] to life creatively in ways you couldn't possibly imagine yourself." 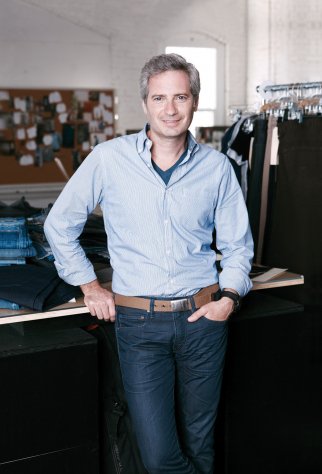 Mr. Farbman has been on a mission to revive the Gap brand since coming on board in early 2011. His work has paid off -- comparable store sales have only declined twice in the last 20 months. And, in a sign that the tide is turning for the beleaguered brand, Gap has begun investing in TV advertising again.

It's a sizeable win for Wieden's New York office, which handles Heineken, Southern Comfort and Delta Air Lines, among other clients. It also marks the return of a major retail client to the agency's roster. The agency hasn't handled a major retailer since splitting with Target in January 2012.

"We're always looking for the combination of good people and a strong brand. We certainly have that with the Gap," said Neal Arthur, managing director-Wieden & Kennedy, New York. "The team shares our appetite for amazing work, and the power of the Gap brand speaks for itself."

Wieden will lead all of Gap's advertising globally, which plays into the brand's effort to make the brand more consistent around the world. As it expands, Gap is striving to be culturally relevant, while staying true to its American roots. In that sense, Mr. Farbman said Wieden's work with iconic American brands like Nike, Coca-Cola and Chrysler is appealing.

"For 45 years Gap has brought its optimistic American style to new generations of customers around the world, helping us earn our position as one of the world's most iconic brands," said Steve Sunnucks, Gap's global president. "Today's winning brands will be those which continue to build loyalty and truly connect with the customer of the future, so I'm delighted that we have appointed Wieden & Kennedy to help us do that."