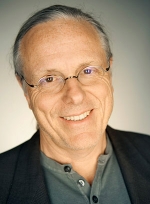 Mr. Ewanick told Automotive News he has "seen grade-A work," from Goodby, Silverstein & Partners, the San Francisco agency that is the creative force behind the "Chevy Runs Deep" campaign that began last fall.

"The problem is , it hasn't been consistent," Mr. Ewanick said. "We need to find our stride where it's always at that level."

Jeff Goodby, 60, co-chairman of Goodby, Silverstein & Partners, didn't directly dispute Mr. Ewanick's comments on the consistency of the agency's work. But he didn't back down, either.

"If we've done things wrong, I think we've done them in lackluster ways and haven't made any big mistakes," Mr. Goodby told Automotive News. "We have had some high points and other things we struggle with, but the high points have been high and have worked."

For example, he said, "What we've done for Cruze has been arguably working in the market." He also pointed to the agency's work on behalf of the plug-in hybrid Volt, and in promoting Chevrolet's engineering, as having "all been good for the brand, and brought the brand up."

He said the "Chevy Runs Deep" theme will continue. "It can be made to serve us. When all things are equal, it becomes a tiebreaker for the Chevy brand," by harkening back to Chevrolet's heritage as an American classic, he said.

But the campaign's emphasis will shift from Chevy's legacy to its technology, he said.

"We will get away from the historic campaigns," Mr. Goodby said. "It will be more clear that this is a technology brand, and we'll be working harder to do that ."

He added: "As we go forward, we have to have a high-technology message that matches or exceeds everybody else."