"With roots in Minneapolis and the impressive resources of GroupM, the formation of Team Arrow brings together the incredible expertise needed to fuse analytics, insights and creativity to drive Target's business forward," said Kristi Argyilan, senior VP-media and guest engagement at Target.

Team Arrow will employ more than 30 people in the Minneapolis area, working in areas including strategy, media planning, digital and analytics, GroupM said. The new agency will also tap into the WPP media agency network's resources in the U.S. 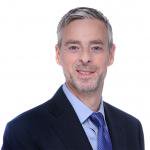 The shop has also hired Nicole Pomerleau as chief client officer. Most recently, she was media director at Colle & McVoy.

The launch of the new GroupM offering also comes follows conversations WPP-backed Haworth has been having with Target competitor Walmart. Target months ago began transitioning its business from Haworth, where its relationship dates back to 1970 as a founding client.

"We have had conversations with Haworth Marketing and Media," a Walmart spokesman said in an email in April. "They are a great agency with unique capabilities that could be an interesting partner in the future." It's not clear where those discussions are today.

Target reported net ad costs of $1.43 billion, according to the company's 10-K for the year ended January 2016.

Walmart is continuing to work with Publicis Groupe's MediaVest through the end of its fiscal year, which ends Jan. 31, 2017.