GroupM has created a chief data and analytics role in an effort to make better use of its sprawling data resources.

GroupM is the network that houses WPP media agencies. In addition to MediCom it includes Maxus, MEC and Mindshare.

"From the start, GroupM's mission has been the intelligent application of scale," said Dominic Proctor, global president of GroupM, in a statement.

"The creation of this new role will ensure our agencies and their clients have superior access to the data-led insights that can truly transform their media initiatives and performance," he added.

At GroupM, it's standard practice to move senior people into new and existing roles in line with their experience and skills. For example, in 2012, GroupM North America CEO Rob Norman took on the newly created role of global chief digital officer. That same year, MEC North America CEO Lee Doyle moved into a top client development position at Mindshare as MEC tapped a new CEO. 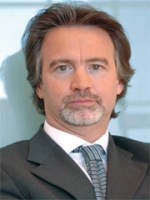 "With his deep experience working with some of the largest data-driven advertisers in the world and building successful analytics practices to serve them, Harvey is uniquely positioned to take on this critical role in the business," Mr. Proctor said in the statement.

Mr. Cowdell has a long history at the media agency group and a reputation for working closely with clients. He also knows how to run a shop.

He joined Mindshare in a senior role in 2001. About five years later, he moved into a GroupM role overseeing the media operation for Team Detroit, WPP's dedicated agency group for Ford. He moved back to Mindshare in 2008 as global client leader and quickly ascended to CEO and then chairman of Mindshare North America. He later left the media agency group for a short stint at Portland-based R2C Group and rejoined GroupM last July.

Sasha Savic's role as U.S. CEO, and Jamie Edwards' as CEO in Canada, remain unchanged by this announcement.