In addition to their current responsibilities, they will run day-to-day operations in the New York office with each exec overseeing a section of the agency's client roster. Clients include Liberty Mutual Insurance, Keurig Green Mountain, TD Ameritrade and Dos Equis. The trio will also be tasked with reinvigorating the agency's offering, acquiring new business and creating new sources of revenue.

"They started to be a sort of natural forming team," said Mr. Benett, who initially looked outside of the network for someone to assume the role of New York head. Following a 20% increase in revenue last year, the agency has won new business from Edible Arrangements and WeddingWire in 2015. 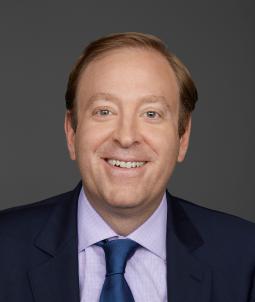 "We look at our global staff function and ask, 'Do we have someone world-class leading each area -- digital, talent, marketing?'" said Mr. Benett. "If you look at the world's top agencies, that's something that's in their DNA -- two or three key people at the top who think of the business as their business."

The agency will see a few additional changes. New York Exec Creative Directors Israel Garber and Jason Musante are being elevated to managing director-group exec creative director positions. Together, they will lead the creative department. Director of Talent Shannon Novak has also been promoted to managing director, talent -- she will partner with the new leadership on talent recruiting and growth strategy.