To conclude a week in which its agency Arnold lost two creative accounts, the agency holding company Havas on Friday reported a 0.9% drop in organic, like-for-like revenue in the second quarter of 2017 and a 0.4% drop in the first half. Without discounting factors such as acquisitions, first-half revenue rose 1.9%, but operating income plunged 27% all the same.

The disappointing results followed those of WPP, which said Wendesday that like-for-like net sales had slipped 0.8% in the first half and slashed its 2017 forecast from 2% growth to a range between 0% to 1%. 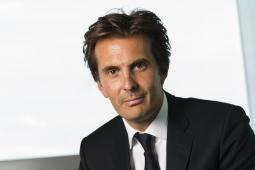 "What we see is some decline in the automobile sector," Havas CEO Yannick Bollore said in a call with analysts. "And it's not just media spending, but the creative part and events clients are postponing."

He said it was "difficult during contract negotiations to maintain margins." He also said previous high-growth markets where Havas is strong, including Mexico and Brazil, saw economic downturns.

"While we hope that growth and profitability will slightly improve in the second half of the year, these combined factors mean that we are unable to confirm our forecast of organic growth between 2% and 3% announced at the beginning of the year," Bollore said.

North America, accounting for more than 36% of Havas's revenue, was down "slightly" for the first half, which Havas blamed in part on Arnold in Boston and Havas in New York, saying both agencies were hurt by client losses and lack of new business. Arnold lost its Hershey's account on Friday and Carnival Cruise Line earlier this week.

On the plus side, Bollore noted that after a tough review against WPP and Publicis Groupe, Havas earlier this month kept and increased its business from pharma giant Sanofi, including U.S. media. "You can't see us, but we are very much smiling," Bollore said on the call.

Cost-cutting lies ahead. "We have to adapt our structure to this level of revenue," said Francois Laroze, Havas's chief financial officer. "Agencies have high turnover. So some agencies can easily reduce costs by stopping hiring." (In the last year Havas has added staffers; headcount at the end of June 2017 was 20,133, up from 19,426 people a year earlier).

French media and entertainment group Vivendi's bid to acquire Havas is expected to close in early October. In July, Vivendi bought the 59.2% stake in Havas owned by the Bollore Group, headed by Yannick Bollore's father Vincent. In the next few weeks, Havas said, Vivendi will make a tender offer for the remaining Havas shares.