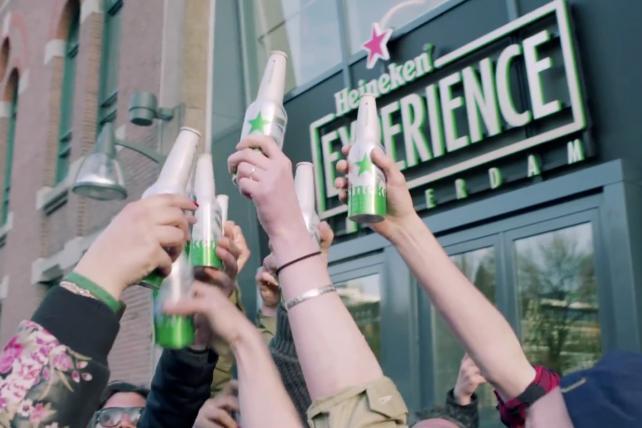 Heineken made it official today and named Publicis Worldwide the lead global agency for its flagship beer brand.

Until recently Publicis had been working on the brand alongside Wieden & Kennedy. When Heineken cut ties with W&K two weeks ago, the brewer foreshadowed that Publicis would take over, and that was made official in a statement today.

"We enjoy a strong cultural fit with the Publicis team and are confident that this partnership will further build on the success we have enjoyed with recent Heineken campaigns," said Jan Derck van Karnebeek, Heineken's chief commercial officer.

Arthur Sadoun, CEO Publicis Worldwide, stated in a memo to employees that the network was assembling a global team for the account that will be led by Bruno Bertelli. "We already work with Heineken in some markets, including France and Italy, and Bruno has been instrumental in developing some amazing work, which has convinced the client that we can deliver world-class ideas on their briefs," he stated.

Publicis is expected to work alongside more than 10 creative agencies in local markets. A spokeswoman for the brewer's U.S. division said "Publicis will be handling our Heineken work as well." She said there are no outstanding requests-for-proposals for ideas from other agencies.

W&K had run the account from its Amsterdam office, although W&K New York has pitched in on U.S.-centric efforts, including for Heineken Light. The agency played a key role developing the ongoing "Legends" campaign that helped Heineken earn the award for 2015 Cannes Lions Creative Marketer of the Year.

The agency change comes amid significant organizational changes at the brewer, including the departure of Global Chief Marketing Officer Alexis Nasard. Mr. van Karnebeek has assumed marketing oversight duties, along with sales oversight.