A flurry of agency deals and moves in the mid-to-late '80s put players in place -- WPP and Martin Sorrell, now 68; Publicis and Maurice Levy, 71; Omnicom and John Wren, 60 -- who would go on to lead the advertising business through decades of consolidation. We combed the Ad Age archives to provide an overview that helps put the megamerger of Publicis Groupe and Omnicom into context.

Omnicom Group exploded on the scene in April in what Ad Age dubbed the "Big Bang," the merger of BBDO, Doyle Dane Bernbach and Needham Harper into a new holding company. Former Arthur Andersen management consultant John Wren had joined Needham Harper in 1984; he became Omnicom CEO in 1997. He and Maurice Levy will be co-CEOs of Publicis Omnicom Group.

Paris-based Publicis reorganized its corporate structure, naming Mr. Levy chairman-CEO of the management board and Marcel Bleustein-Blanchet chairman of the supervisory board. Mr. Bleustein-Blanchet founded Publicis in 1926 at age 20; the name came from "Publi" (for publicité, which means advertising in French) and "six" (for his favorite number and a hint to the six in "1926"). Mr. Levy joined Publicis in 1971 as head of its information-technology department.

Publicis and U.S. agency FCB entered a global alliance. But the partnership foundered in the 1990s, Ad Age wrote, "in a power struggle when both parties started making separate international moves rather than pursuing a common global vision."

After bitter negotiations, Publicis and FCB dissolved the venture in 1997. Mr. Levy made it clear he would seek new international partners. Publicis bought Saatchi & Saatchi in 2000 (as noted above) and Bcom3 Group (including Leo Burnett and Starcom MediaVest) in 2002.

Interpublic Group in 2001 bought True North Communications, the parent of FCB. Publicis as of year-end 2012 owned 1.1% of Interpublic, a holdover from Publicis' earlier relationship with FCB. 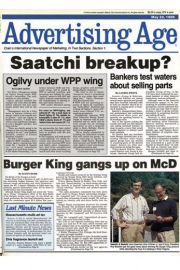 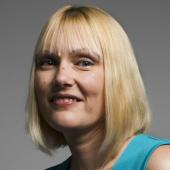 Catherine Wolf
View all articles by this author