Bill Koenigsberg, CEO and founder of U.S. independent agency giant Horizon, has inked a deal that in one fell swoop creates a new media agency, brings in a massive automotive account, expands his shop's reach globally and lays the groundwork for a new network.

"I'm interested in building out a new entity. I think there's enormous white space here," said Mr. Koenigsberg. "The $26 billion that's up for review now in the market -- I believe that's pointing to the fact that the old models are broken. Marketers are looking for a clean slate, new opportunity for invention, new creativity. I believe that with the success I've had with Horizon I can build another entity with a strong global partner to create two of the best-in-class agencies in the world."

Hyundai Motor America indicated as much in a statement. "Canvas will bring a new, entrepreneurial team that is not associated with any media holding company, providing independent thought and action. Canvas will be inventing a new future in the media world, while using all of Horizon's known strengths to function at full effectiveness from the moment it begins working for Hyundai Motor America in January, 2016. The independent nature of Canvas is a perfect fit for the bold, entrepreneurial nature of Hyundai."

Transparency model
The automaker also referenced the new media agency's transparent buying model as a main selling point at a time when there's a lot of debate around buying. "Hyundai has been impressed by Horizon's existing ability to offer fully a transparent system for media buys and understands this will be a key component of the Canvas philosophy," the company said in its statement. "This transparency, and the accountability that goes with it, are critical to HMA."

The move follows years of speculation about the future of Horizon, the last-standing, large independent media agency in the U.S, and indicates that a sale is not in the cards in the near future as Mr. Koenigsberg builds his new network. He declined to comment on an eventual sale.

The new joint venture also furthers Innocean's goals for growth. The company, which was started by Hyundai over a decade ago and completed its initial public offering in Seoul last month, said that it would take 134 billion won from the 340 billion won it raised from its IPO and use it to expand and diversify its client base beyond Hyundai, according to numerous reports in publications like Reuters and Businessweek. 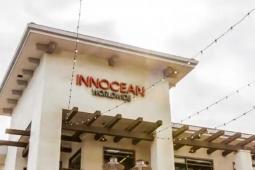 "We sought a media partner with a shared commitment to creativity and invention, and that partner is Horizon," said Ahn, Kun-Hee, global CEO of Innocean Worldwide, in a statement. "I respect Horizon's success in the marketplace and I am thrilled to partner as we pursue a new world of opportunities together."

Canvas Worldwide
The new agency will have its own space and talent in the U.S., starting with main offices in Los Angeles and New York, as well as regional offices in Chicago, Dallas and Atlanta. Mr. Koenigsberg has invested millions in building the new infrastructure, and aims to hire around 200 people by the beginning of next year to service the shop's first account. The company will announce a CEO in the coming weeks, he said.

Mr. Koenigsberg didn't say much about his growth goals for Canvas, beyond "The sky's the limit." But he insists on controlled growth focused on existing business, as opposed to trying to scale quickly for the sake of expansion.

"I had no growth goal when I started Horizon," he said. "Look where we are today. If we can create an environment with talent that's inspired and invested and bring significant leadership to clients who are desperately crying out for a pathway to the future, we can grow tremendously."

Horizon and Innocean, which each have more than 1,200 staffers, will continue to operate as standalone companies, he said.

What Horizon gets and what Innocean gets
For Horizon, an affiliation with Innocean brings international scale and Hyundai, an automotive client that would fill one of the few holes in the shop's robust client portfolio. Innocean touts over 22 offices around the world. Hyundai spent $304.1 million on U.S. measured media in 2014, according to the Ad Age Datacenter. Sibling brand Kia spent $381.4 million.

Horizon offers Innocean a hefty U.S. presence and a portfolio of strong and diverse client relationships that would expand the shop's Hyundai-heavy client roster. The Hyundai and Kia business accounted for around 70% of Innocean's revenues last year, according to Reuters. Horizon touts estimated billings of over $5.2 billion and long-standing clients like Geico, A&E and Capital One.

Innocean-Hyundai History
Innocean's origins trace back to Seoul a decade ago, when Hyundai built an internal organization to handle media buying for the Hyundai and Kia brands. In 2009, the group officially launched Innocean in Huntington Beach, Calif. to support media and creative for the automotive giant. By 2011, the internal agency grew its presence to a dozen countries and diversified its portfolio so that more than half the agency's revenue was said to come from non-Hyundai-Kia business. It's been slower to diversify in other markets, but in 2013, the shop added Turkish Airlines in Europe and also supports NRG Energy, according to Automotive News.

A desire to strengthen the U.S. market may also be behind a recent leadership reshuffle at Innocean and a new, four-year Hyundai sponsorship deal with the National Football League, according to Automotive News. This summer, Innocean European CEO Steve Jun became the CEO of Innocean USA. He replaced Tony Kim, who moved into a global Innocean role in Seoul. The firm also hired Doner's Tim Blett as managing director, overseeing the Hyundai account.

Recent Hyundai changes
Like Innocean, Hyundai has also had its fair share of change at the top. Hyundai Motor America announced this month that Dean Evans has been named its VP and chief marketing officer. Mr. Evans, former CMO of Subaru of America, will be responsible for all Hyundai marketing and advertising activities in the U.S. Former marketing chief Steve Shannon left late last year, and more recently Marketing Communications Director David Matathia departed for a gig at Fitzgerald and Co.

At the same time, Hyundai and its leaders recently loosened their grip on Innocean amid a new antitrust law in Seoul limiting family ownership stakes exceeding 30% if those owners make "unfair profits" from deals with other affiliate firms, Reuters reported last month. Innocean is controlled by the family of Hyundai Chairman Chung Mong-koo. Following the new law and the Innocean IPO, Mr. Mong-koo's family was responsible for around 60% of the share sale "as the firm sought to comply with new anti-trust regulations by slashing the family's combined holding to just under 30% from 50%," Reuters reported.

What this means for Initiative
For Interpublic Group of Cos' Initiative, it's one more headache at a time when there's more media agency business up for review than ever before. Initiative sibling shop UM recently won the coveted Coca-Cola account, but the IPG media agencies still have their hands full with a number of accounts up for review, and business to chase.

Initiative won the media business for Hyundai and Kia brands in 2008, prior to the launch of Innocean in the U.S. The shop has since worked closely with Innocean on the media account.

In a statement, Kia said that "With Canvas, we anticipate helping to shape the future of media, a collaboration that will support the businesses of more than 770 Kia dealers across the country and continue the upward trajectory of the Kia brand."

It added: "We thank Initiative Media for their contributions to our growth and success over the last seven years."