When the pandemic scuttled summer programs, Camp ADventure stepped in with speakers, college credit and pitching to a real client
READ THIS NEXT
Q&A: Rob Reilly explains why he is moving to WPP 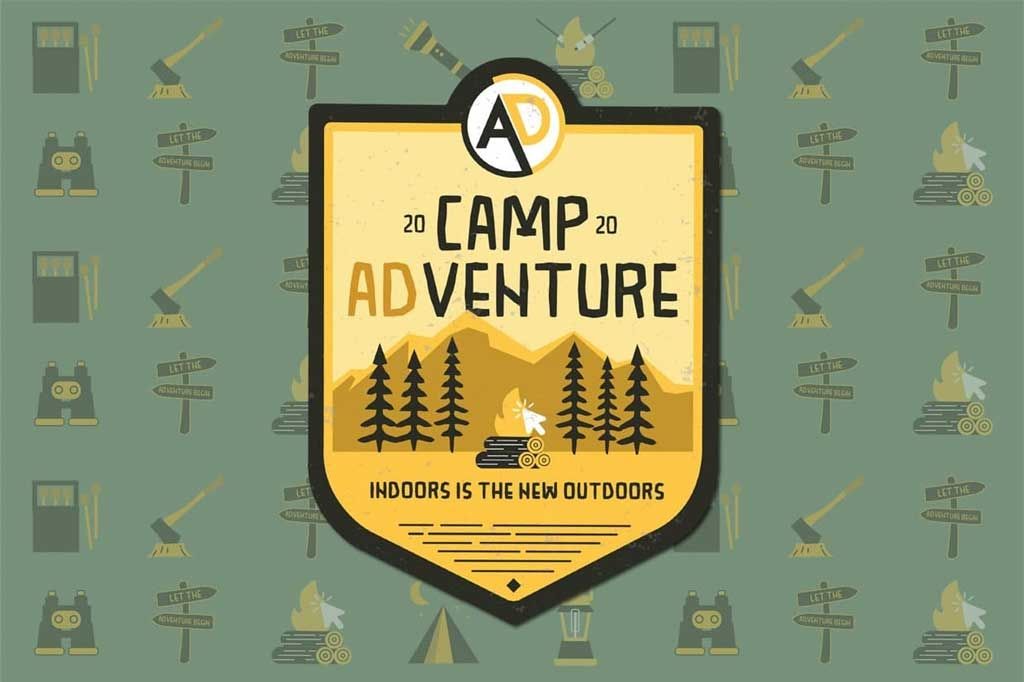 Shortly after graduating from Virginia Commonwealth University in December, 2019, Courtney Foster saw peers at VCU and around the world lose their internships because of the pandemic. Foster, a media buyer at The Martin Agency, wanted to help.

What was conceived as a “rinky dink undergrad program” with workshops and portfolio reviews grew into “Camp ADventure,” a virtual summer camp with 200 campers from 64 U.S. and U.K. universities who, among other projects, developed creative to present to the International Centre for Missing & Exploited Children (ICMEC).

Foster initially got in touch with Jessica Collins, an assistant VCU professor and faculty advisor of the Ad Club at VCU, and Kevin Nguyen, a strategy intern at MullenLowe Boston who graduated from VCU this spring. They sent out a survey in the first week of May to gauge demand for a workshop and portfolio review program—receiving more than 300 applications.

“I think it just goes to show that like a lot of students were just looking for something to keep them busy, especially since a lot of internships were being rescinded,” Nguyen says.

Deciding to offer more than a portfolio review, the group hit the accelerator. In May, they lined up guest speakers and reached out to ICMEC, which immediately came on board.

“I got my MBA once upon a time and participated in something similar to this, and really enjoyed that experience,” Jeff Swingle, executive fundraising consultant at ICMEC, says. “Also getting students focused on cause-related work is always something I want to jump on. I think it's really important to have young marketers looking toward important, mission-driven work.”

At camp—which is run by the Ad Club at VCU—the campers were broken into 28 “bunks” that functioned as small agencies. Foster, Nguyen and Collins made sure every bunk had strategists, art directors, and copywriters. Each bunk worked on one of three RFPs provided by ICMEC. These include a comprehensive rebrand, an awareness campaign for International Missing Children’s Day and a multichannel marketing campaign focused on funding and donorship.

After working for the past two months, each bunk submitted a five-minute case study video highlighting research, the brief and execution, as well as an in-depth presentation deck to be judged by industry professionals. Ten bunks were selected to go on to client judging by ICMEC, which narrowed the work to three winners—one for each RFP. Winners were presented on a Zoom call with campers, clients and the camp's guest speakers.

“We're a young organization, in terms of our marketing programs. We've been around for 20 years doing fantastic work, but we're only just beginning in terms of building a public presence,” Swingle says. “So, in that regard we are very open to using anything and everything. If great ideas come out of this, then we'll definitely capture them and run with them.”

The work for ICMEC is pro bono, and ICMEC can take aspects it likes and incorporate them into similar campaigns in the future. As for the campers, the top three bunks won informational interviews with the talent division of major agencies, including The Many, Chiat, Sylvain Labs, Butler Shine Stern & Partners and others. The Best in Show team received invites to the annual ICMEC gala in April, 2021, and were invited to be part of a creative advisory committee for ICMEC.

As more campers joined, Collins says, they made different requests of Camp ADventure, ranging from portfolio reviews to credit for school. Some earned credit working with Richmond, Virginia, agency Familiar Creatures, researching and creating strategic platforms in a rebranding campaign for James Madison’s Montpelier estate. Other worked with Black Woman Owned, an online community using social media to increase revenue and online visibility of businesses owned by Black women. A. Walton Smith, the community’s founder, connected campers with businesses for which they filled a variety of roles.

Other campers worked on individual “passion projects,” including the website and social media launch of Black Lives Matter South Carolina. Jonathan Corchado, a recent graduate of the University of South Carolina, and Taylor Ross, a senior and member of the Multicultural Advertising Intern Program, both worked on the project.

The team offered to create a website and build a campaign to “battle the algorithm and cultural bias that this movement faces,” Corchado says.

Part of that battle was to clearly define the meaning of Black Lives Matter, says Ross. “While South Carolina certainly does uphold the old notion of kindness and southern hospitality, it is also severely behind in some areas,” Ross says. “I pushed for the team to include education on the true meaning of Black Lives Matter, as there was a large disconnect in our community.”

His work was made possible by the camp's network, says Corchado. Access to industry and young advertising professionals was empowering.

“As a Lantinx, Black 22-year-old coming out of college in South Carolina, this is something that was very new to me,” Corchado says. “It makes me feel heard and empowered to keep being myself and push for the change that I want to see.”

Corchado laughs at how much his LinkedIn network has grown in the past two months. “I also have met a lot of people inside of the industry that believe in me, have referred me to jobs, and helped me land an interview. My first interview,” he says. “Which, if it was not for camp, I probably would have never landed.”

For Ross, camp also made it easier to connect to advertising professionals. “It's pretty difficult to get your foot in the door—especially when you don't necessarily know which doors to nudge at,” she says.

Part of encouraging connections was sorting the website—campers are displayed by their roles, with links to portfolios. Everyone has been vetted, so there is already a guarantee of quality, says Nguyen. “Recruiters who say, ‘Oh I want a strategist,’ or ‘I want like a copywriter,’ can find that directly on our website.”

As Foster sees it, Camp ADventure fills a role in expanding access to the advertising industry—introducing campers to professionals, agencies and resources they would not otherwise have.

“There's nothing online that's free and accessible to actually everyone who is currently a college student or recent grad,” Foster says. “So, I think the way the industry is going and what society is doing, we have no choice but to continue making programs like this that give people access to advertising education.”