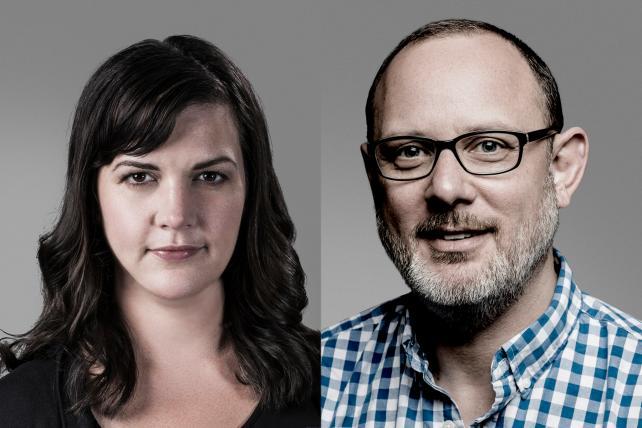 As part of its growth strategy, Huge has restructured its leadership team, adding dual president roles to help the shop better align internally and externally.

Patricia Korth McDonnell has been promoted from CMO to president, in which she will drive day-to-day management of the company and lead the global disciplines. In addition to handling global operations, Ms. Korth McDonnell, who was Huge's 13th hire in 2005, will oversee the New York office.

Alongside Ms. Korth McDonnell's appointment, Huge has promoted New York leader Jeff Brooks to CMO and president, where he will focus on client relationships and service and business development worldwide.

Huge CEO Aaron Shapiro said the leadership team felt that Ms. Korth McDonnell was the right person to "take on a broader operational role and really push us to the next stage of growth" because she's been "the heart and soul of what's made Huge successful for so many years."

Mr. Brooks has always been a "tremendous strategic partner for clients," and he was getting increasingly sucked into global client work while running the New York office, which is why the transition makes more sense for him going forward.

Huge grew 31% last year, said Mr. Shapiro, and the management moves will allow the agency to be better set up for its next stage of growth. "It allows us to have a better internal and external structure," he said.

He added that the structure makes the most sense when its put in place at a business that is growing quickly and where opportunities could be getting lost because a single leader "simply doesn't have the bandwidth to go after everything."

In order for two presidents to work out, Mr. Haines said, they must have "complementary skill sets."

"If that decision is taken to have dual leadership, there needs to be a proven chemistry between the two presidents and shared beliefs in terms of vision and culture," he said. "If not, it can risk becoming divisive and result in a 'split camp.'"

Mr. Shapiro said Huge has plans for "some significant investment overseas as well as a new office in the U.S.," but declined to provide further detail at this time.