Clients and Agencies Face New Challenges From Viewability to Programmatic Trading
READ THIS NEXT
How agencies are responding to the Delta variant
Coca-Cola, whose massive Share a Coke campaign is back this summer, is reviewing its media agencies around the world.
Credit: Coca-Cola

The cyclical nature of the ad business but also routine cost-cutting agendas and a rapidly changing marketplace have created the perfect storm for adland's media shops.

There is an unprecedented number of top-spending marketers prepping and conducting media reviews, with giants like Coca-Cola, Unilever and L'Oréal all rethinking how, and where, to spend their media dollars.

"As the media marketplace reshapes and reinvents itself, we frequently take the opportunity to formally review our media partners all around the world," a Coca-Cola spokeswoman told Ad Age.

Coke is not alone.

"In my conversations with a few of the clients, it seems that part of the motivation is the dramatic changes that have occurred over the past several years, which are now affecting not only media --agencies and owners -- but importantly their business," Carat Global President Doug Ray said. "Clients and agencies are now facing challenges they have never faced before: viewability, ad fraud, programmatic trading, transparency and social media. An agency now must be expert in technology, data and content planning."

"The influence and impact of e-commerce and m-commerce is driving a reset of marketing and sales priorities," added Havas Media U.S. CEO Lori Hiltz. "The collision of content and distribution is forcing mass advertisers to reconsider their go-to-market model." 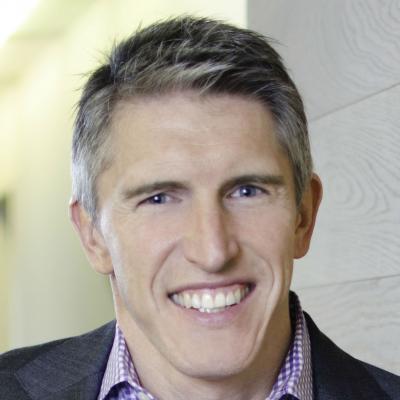 Saving money is often the end goal in a number of these reviews, but spending wisely is a top concern, especially in TV, according to Mr. Ray. "The impact on TV viewing cannot be overlooked," he said. "Cable ratings are down materially. People have shifted to alternate screens. Real money is on the line."

As the reviews progress over the next few months, many agencies competing to hold on to their business will also be helping clients figure out what to do with that "real money" in the TV upfronts. That the reviews are taking place during upfront season isn't necessarily an attempt by marketers to get their agencies to work harder to save them money. But that's likely what will happen as agencies fight for gold stars.

For some marketers, industry change is prompting a review of business that hasn't been in play for years.

Now Procter & Gamble is rumored to be planning a review of its U.S. buying for the first time in decades. Visa, meanwhile, hasn't reviewed its media business in seven years. For Citibank, it's been more than a decade.

The client assignments have also changed as different types of agencies clamor to drive business strategy, said Meghan McDonnell, senior VP at search consultancy Pile & Company. "Clients need to make sure they have the right partner that can help them stay up to date on data and analytics," she said. "What's different now than 10 to 15 years ago is there are a lot of different agencies that can play that role. It used to be so easy with the creative agency, media agency and digital agency. Now there are so many different agencies who are really driving strategy. There are way more gray areas."

Still, despite all the change in the industry, a number of agency executives and consultants also associated the activity with the cyclical nature of the business.

Ken Robinson, a partner at search consultancy Ark Advisors, is noticing a "significant number" of regional and multinational media consolidations, which serve as a precursor to global consolidation. But it's nothing new, he explained. "Companies that have experienced a time of global media consolidation are now opting for decentralizing their accounts -- either by geography or by channel -- and those that are decentralized are leaning toward consolidation," he said. "Both have their strengths and weaknesses, but companies seeking media nirvana too often think that the grass is greener on the other side of the fence."