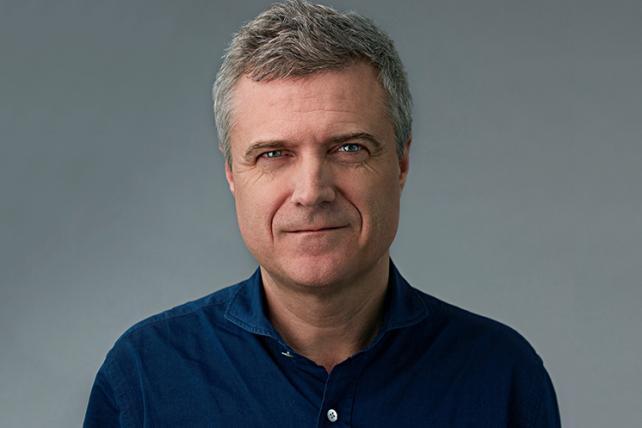 With a new leader at the helm of the world's largest agency holding company, the industry will be watching closely to see how Mark Read navigates challenges both within WPP and in the broader industry. But many believe he will bring digital savvy and speed to streamline the organization.

Read's predecessor Martin Sorrell, who left WPP in April following an investigation into misconduct, has been described as a big personality and a forceful leader that changed the face of the ad world.

Read has a somewhat different pedigree. He "isn't your typical agency guy," says Lisa Colantuono, president of AAR Partners, a search consultancy. "His background in consulting and as an ad-tech entrepreneur will be vital to his new role and for the injection of 'digital vitamins' WPP needs."

She says the company is facing fierce competition as the industry increasingly shifts online. "WPP has some very smart assets, but it's been slow to conform to massive technological shifts in the industry and the changes are only going to get faster," she says. "Mark has [his] hands full as he steps into his new role, but focusing on a data-driven, tech-competent, integrated offering is a vital first step."

As far back as a dozen years ago, Read was considered to be one of Sorrell's right-hand executives and someone in whom Sorrell believed. Back then, he was chief executive of WPP.com, the agency holding company's umbrella for its digital and dot-com interests.

Read joined WPP right out of the University of Cambridge, first handling investor relations and business development at the parent company and then heading over to Ogilvy & Mather. He eventually left to work at consultancy Booz Allen Hamilton's entertainment and media practice before founding WebRewards, a consumer-affinity company that ultimately sold to Bertelsman. He rejoined WPP in 2002 and held roles including CEO of WPP Digital and head of strategy for the holding company. He joined WPP's board in 2005, but left it again in 2015 when he became global CEO of digital agency giant Wunderman.

"Here's a guy who knows the company inside out," Avi Dan, founder and CEO of agency search consultancy Avidan Strategies. "Mark is very smart, very thoughtful, a very nice guy."

Though many outside names were floated as potential successors to Sorrell in the months since he stepped down — among them Oath CEO Tim Armstrong and Sky CEO Jeremy Darroch — Read was "surely the most logical solution for the group," says Greg Paull, principal at R3. "It's impossible for 200,000 people not to find a natural leader amongst its brethren."

Having been entrenched in WPP means Read comes equipped with a "strong knowledge of the group's top talent," Paull adds.

One of his challenges is to keep in the fold the massive Ford business now in review.

Some industry insiders bemoaned what they saw as a lost opportunity to select a diverse candidate for the role. Asked in April which direction WPP should look to the future, multiple executives told Ad Age the largest holding company should look for a woman or ethnically diverse candidate to take over.

"A number of women in our industry have reached out to me privately to say how disappointed they are that WPP didn't take the opportunity to appoint a woman," says Cindy Gallop, a consultant and founder of IfWeRanTheWorld. "I'm surprised they didn't even do the classic 'bait and switch' approach so beloved of big tech companies in similar situations — leak that they might be 'talking to' several prominent women to at least give the impression they considered it, before going with the white man they wanted all along."

"Before Mark joined Wunderman, I was the only woman on the global executive team," Chidester said in an email. "Today, our global team is nearly half-half — Mark had a vision and made sure it happened. He's changed the culture of Wunderman and created momentum in our offices that has benefited our people, our clients and our work."

In the announcement Monday morning, Read said in a statement that the holding company needs to "foster a culture that attracts the best and brightest: inclusive, respectful, collaborative, diverse."

Martha Hiefield, North America CEO of Possible, called Read a "visionary" who understands the dynamics of the industry, clients' business and how to build the right mix of teams to drive results.

Hiefield, who said she worked with Read closely since the inception of Possible, calls him smart, approachable and said he's someone whose leadership she's benefited from.

And even his renumeration package might bring a marked difference from his predecessor. WPP's Monday morning statement said Read will be paid an annual salary of £975,000 with an annual bonus of up to 250% of salary with mandatory deferral of at least 40% of bonus into shares deferred for a two-year period. According to WPP's 2017 annual report published in April, Sorrell earned £13.9 million total compensation in 2017, versus £48.1 million the year prior.

As many of the challenges for the industry drag on, many industry experts say Read will need to steer the ship in a new way.

Michael Farmer, chairman and CEO of Farmer & Co., said WPP is like other holding companies in that it has suffered declining prices and shortened relationships for the work it does, making it difficult for the company to show continued share price growth. Read will be tasked with turning that around, but Farmer says he doesn't have many surplus costs to call on. "The agencies have been tapped out," he says. Instead, he says WPP must focus on growing again by negotiating its fees and operating in a new way.

Dan says Read will need to simplify operations with their clients — he says that Sorrell had built a great company, but that it had gotten too complex and impossible to manage. He said WPP is likely to contract over the next two to three years and sell off assets.

Having a background at WPP, "his speed to implementation will be fantastic," he says. "He is most certainly the one that can get them moving the fastest because of his familiarity with the company, his understanding of the relationships, the politics and the complexity."

"I think what WPP needs to do is accelerate the consolidation that they've started under Martin to bring a more simple, streamlined, more easy-to-engage model for their clients," he says. Pattisall says that a glance at WPP's website shows the sheer magnitude of companies, agencies and bespoke teams that combine agency brands. "It's a lot to keep up with; it's very complex, and they need to simplify this," he says.

He added that there needs to be a means for WPP's global account leads to access all the holding company's resources as opposed to a team or a collection of a few. "They've got the companies and capabilities to do that, they just don't have the structure to do that," he says.