READ THIS NEXT
Massachusetts sues Publicis Health, alleging it ‘fueled’ opioid crisis in state through its work for Purdue Pharma 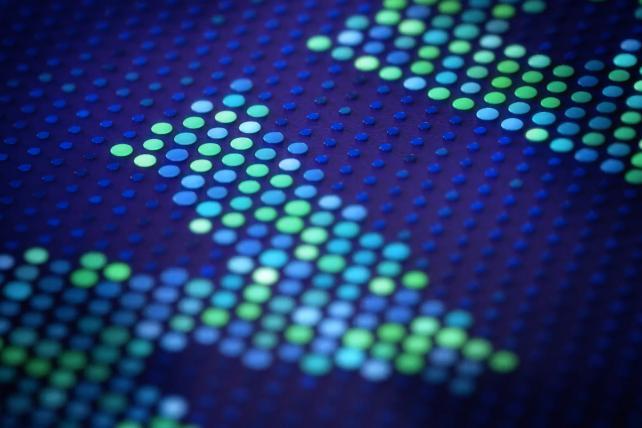 While many things are likely to blame, one of the biggest may be the transparency issue lurking behind mysteriously vanishing U.S. agency revenue. Holding company revenue in North America has been flat to down in recent quarters, running well below increases in U.S. gross domestic product and media spending. It's a trend that started the third quarter of last year, just after the Association of National Advertisers issued its report from investigations firm K2 on media transparency.

"There is at minimum a coincidence between the timing of the release of the K2 report and the sudden deceleration in U.S./North America organic revenue growth for the holding companies, which began in the third quarter of last year," says Pivotal Research analyst Brian Wieser. "It's hard to believe that it hasn't had some impact in terms of clients looking to tighten up contract language. This is reinforced by my conversations with marketers who have only recently learned about how their contracts have allowed for agencies to generate authorized but undisclosed markups. But I also think that a slowdown in spending on media from large marketers is at play, as is zero-based budgeting."

WPP on Wednesday primarly blamed spending cuts by big packaged-goods marketers. And certainly Unilever and Procter & Gamble Co. have been cutting agency spending of late, largely as they have for the past four years. But they're global players, which doesn't fully explain the uneven results coming from inside and outside North America for the big holding companies.

North American organic revenue growth ranged from nearly flat (0.2%) for Omnicom and Publicis Groupe last quarter to down 0.5% at WPP and down 0.7% at Interpublic (U.S. only). Global numbers for all those companies were better, if not spectacular, ranging from up 0.3% at WPP to 3.5% at Publicis).

That something is likely the transparency issue, at least in part, as the U.S. comes to terms with a rebate issue the rest of the world started dealing with in contracts decades ago.

"Holding companies are becoming a lot more careful about how they structure their relationships and how they're doing things," says Manuel Reyes, CEO of Cortex Media, a media audit and consulting firm. Audits he knows of haven't uncovered much yet, he says. But the prospect of more scrutiny has impact even if no one gets caught. "If you know there's a speed trap up ahead, you slow down," Reyes says.

The surprises for clients often come more from finding their contracts are different than they thought rather than discovering their agencies did something wrong, Reyes says. What contractual breaches he's found tend to be mistakes rather than intentional.

Neither agencies nor marketers have much incentive to tell the world about any transparency problems they find. The former don't want to tell investors or clients. The latter have no desire to alert higher ups that they've been lax.

One exception was P&G Chief Brand Officer Marc Pritchard, who in a January speech disclosed finding one of his agencies had been taking possession of media it buys for the company and using the funds as a "float" to make extra money on its dealings, counter to P&G policy. But it was fully in compliance with the contract, Pritchard said, leading him to launch a comprehensive review of all agency contracts.

"We have worked with a number of major clients globally, and in the U.S., that have asked us to tighten contracts, put in place audits and change processes," says Simon Francis, CEO of consulting firm Flock Associates.

According to one person with knowledge of the matter, holding companies are quietly pulling back on U.S. media rebates, "but client by client and not consistently." Another industry subject-matter expert says a number of marketers are now receiving greater pass-through of rebates than in the past, some for the first time in the U.S., which ultimately depresses agency top- and bottom-line growth.

The squeeze on agency revenue goes well beyond media, of course, or North America. Unilever and P&G are among companies that have scaled back the number of ads they create in recent years. Both have been trimming their agency rosters. Both Pritchard and Unilever Chief Marketing and Communications Officer Keith Weed have talked about delving into agency staffing and operations in a search for more efficiency and lower costs. And Unilever has shifted much of its production work, particularly for quick-turnaround digital ads, to in-house U-Studios and U-Entertainment, something Weed says both speeds things up and lowers costs.

Executives familiar with the matter say technology licenses and other issues are also a growing focus for marketers and agencies. And a U.S. Department of Justice investigation into alleged bid rigging on commercial production contracts has increased scrutiny on production, also prompting another ANA transparency report earlier this month.

But in the wake of the DOJ investigation, the ANA is advising members to take a closer look, and MRA now advises any client it works with to have bids sent directly to the firm.

Creative crowdsourcing agencies are also seeing growing interest from marketers seeking to bypass agencies or other middle-players on commercial production. Concerns about bidding transparency have been one growth driver for Tongal, as marketers looked at bidding projects instead through its global network of productions companies, says CEO Rob Salvatore.

StudioNow, which focuses just on video production using a network of more than 10,000 production companies, also has seen a direct impact from the DOJ investigation, says CEO David Mason. Besides more marketers using its network, others simply use its online platform to handle bidding among their existing production houses, cutting agencies out of that loop.

While the focus on transparency may be hurting agency revenue now, ultimately eliminating the role of rebates and other non-transparent practices could help everyone, as Martin Cass, CEO of MDC Media Partners and Assembly, sees it. "False pricing" and "markups" fly in the face of data-driven decision making, Cass says. "In essence, you're creating dirty data."

Rebates are also a broader business problem for the industry, Cass says. "I think it's a massive issue if you've created so much revenue and growth out of a practice that is likely to become less and less acceptable in the market."

Getting rid of rebates or other creative revenue approaches could ultimately reform client-agency relations, as Cass sees it.

"I hope that it will stop this crazy price war around fees. Clients potentially believe they're paying a very small fee when the reality is they're paying a much bigger one," Cass says. "But it's tough going back to a customer and saying, 'I'd like you to put the fees up, please, because I was making more than that before. You just didn't know it.'"