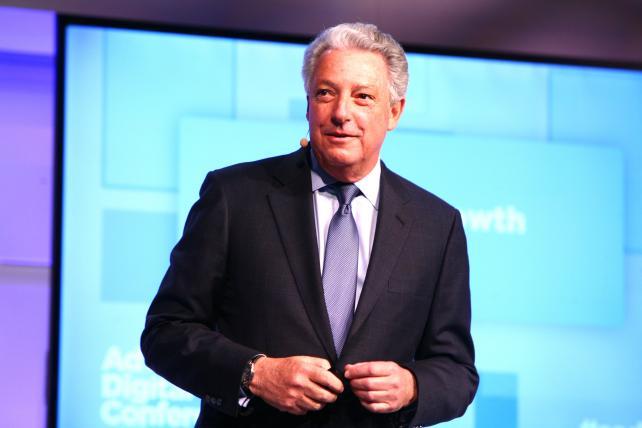 Interpublic Group of Companies on Friday morning reported its first quarterly operating profit in over a decade.

"As you all know, our first quarter is seasonally small in terms of revenue, while costs are distributed fairly evenly throughout the year," CEO Michael Roth said during a conference call to discuss earnings. "Our first positive Q1 result in terms of profit in over a decade is therefore yet another milestone that points to the continued progress at Interpublic."

In the first quarter this year, total revenue grew 2.4% from the period a year earlier to $1.68 billion. Organic revenue, excluding factors such as acquisitions and currency fluctuations, was up 5.7%.

The results are the first for Interpublic since it made changes to its board in February in an agreement with an activist investor, Elliott Management, which last summer disclosed it had taken the equivalent of a 6.7% stake in the company and sought "constructive dialogue" with IPG's board on "steps to maximize shareholder value."

"We are pleased to report first quarter results that feature strong organic growth, as well as progress in terms of operating profit," Mr. Roth said in a statement. "Our capital structure will continue to be a source of value creation. Looking forward, we believe that we remain well positioned to achieve our 2015 targets of 3-4% organic revenue growth and 80-100 basis points of improvement in operating margin, thereby further enhancing shareholder value."

Like the other holding companies that reported earnings this week, Mr. Roth fielded questions about rebates that aren't shared with clients. Former media agency executive Jon Mandel recently alleged such rebates were widespread in the U.S., without being specific.

"The issue of AVBs [agency volume bonuses] and rebates is not new to IPG," Mr. Roth said during the conference call, prompted by an analyst. "Ten years ago we made that an important issue as we became Sarbanes compliant. At that point, we set up a significant amount of liability to pay back our clients and embarked on a full transparency program within IPG to make sure there's transparency. In the U.S. we have no rebates, and therefore it's not an issue for us in the U.S. In those markets where there are rebates we're encouraged by clients to get as much via rebates as possible. All of our contracts are fully transparent and consistent with that notion we established 10 years ago. We're comfortable there."

The company benefited in the first quarter from strength in the U.S. with an organic increase in revenue of 6.1%, as well as significant growth in Asia and the U.K., Mr. Roth said. Internationally, the company achieved a 5.1% increase in organic revenue.

"In LatAm, we decreased 0.7% organically, on top of 18% growth a year ago, as well as 16% growth in Q1 of 2013," CFO Frank Mergenthaler said. "The decrease was driven by the increasingly challenged economy in Brazil and the timing of client spending, partially offset by growth in other markets, such as Argentina and Mexico."

Mr. Roth said during the Q&A session that the results in the region had nothing to do with an ongoing corruption investigation in Brazil. Ricardo Hoffman, former VP at IPG agency Borghi/Lowe and head of the agency's office in the nation's capital, Brasilia, is alleged to have instructed third parties to make payments to then-Congressman Andre Vargas in connection with two government accounts handled by Borghi/Lowe, as reported by Meio & Mensagem, Ad Age's editorial partner in Brazil. FCB Brasil has also been implicated. "Of course we're disappointed in what happened in Brazil," Mr. Roth said. "We in fact instigated that review prior to the news you saw in the media. We took action internally and dismissed one to two employees within that organization. It was an isolated case of those one to two individuals."

Mr. Roth also noted that there are several media-agency pitches in the market, including Coke, Unilever and L'Oreal. He also sought to ease concerns about cuts by big spenders like P&G by calling them "not new to the industry."

"Clients are always looking for more for less," he said. "We have to be able to show that we're adding value to what we're delivering." "There's pressure given the tools out there to prove a return on investment. We're in a position to be able to do that."

The most current first-quarter results come on the heels of a fourth quarter in which the company's net income increased 56.2% to $331.3 million and revenue rose 4% to $2.2 billion.