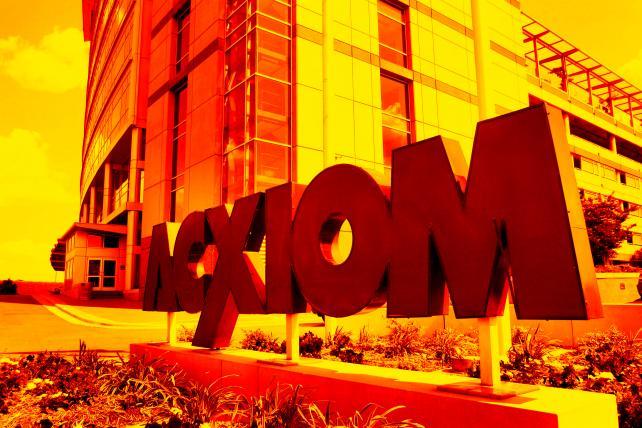 Among the signals Interpublic sent with its $2.3 billion deal to buy Acxiom's Marketing Solutions business, one of the biggest was IPG's determination to stick around and not get absorbed.

There had been an expectation that the agency holding company would sell itself, Pivotal Research senior analyst Brian Wieser said in a research note Tuesday. Now, ending two decades without "meaningful" acquisitions for "arguably the most significant M&A activity within the agency space since Publicis bought Sapient in 2014," Wieser says IPG has changed that.

IPG itself spoke further on its intentions in a conference call Tuesday morning. Here are a few things it addressed:

When it comes to data and analytics, marketers "are constantly asking us if we have capabilities in certain areas," said Michael Roth, IPG's chairman and CEO. "Frankly, that's what drove us to this transaction."

"Working with Acxiom in the past, we did have additional expertise that we brought to the table, but candidly, we were turning business away because we couldn't provide the in-depth data opportunities that an Acxiom brings, and we couldn't really bring that to the table ... in terms of what level of sophistication they were looking for," Roth said. "We were basically turning that over to third parties."

The holding company sees opportunity in working with existing clients in expanded ways, according to Roth. There are also opportunities to worth further with Acxiom Marketing Solutions' existing, "very strong and sticky" client base, he said.

The deal comes amid intensifying criticism of the way Facebook and others have handled and shared information on consumers, plus new regulations in effect in Europe and recently approved in California. IPG seems to view that as an plus for Acxiom.

It is "hard to overstate the importance of trust in first-party data management," Roth said, referring to consumer data collected directly rather than through intermediaries.

Acxiom Marketing Solutions has "a reputation built on the integrity of their solutions and services, and their programs of global applied data ethics," Roth said. "In fact, they are the only player in the space to have received a five-star rating from Forrester Consulting for data privacy and security."

Philippe Krakowsky, IPG's chief strategy and talent officer and Chairman and CEO of IPG Mediabrands, noted that privacy has become a regular fixture in headlines as a result of data breaches and the introduction of GDPR.

"Those concerns, along with potential regulation extending beyond Europe, are tilting the playing field toward entities that own data, and those that can handle it in a responsible and safe manner," Krakowsky said during the call. "In addition, conversations with clients are very focused on how they can take control of and monetize their data."

While IPG had previously been comfortable renting data and building products on top of that, that strategy would no longer work, Krakowsky said.

"Going forward, the ability to ethically source, manage, and leverage first-party data and [personally identifiable information] will be too important a differentiator for our sector and related industries," he said.

How will Acxiom Marketing Services work with specific agencies or groups within IPG?

IPG pulled certain data and analytics capabilities out of its Mediabrands agencies and into the broader holding-company umbrella over a year ago in order to make them more accessible. Adding Acxiom's capabilities will make IPG's digital-media buying business that much more powerful, Krakowsky said.

"What we've tended to find is if you can aggregate all digital media buys and power them with one tech stack, what can happen is really, really interesting," he said. "We've basically said instead of having a client's digital buying happen in a fragmented way inside of our world, if we sort of pushed it all through Cadreon, we dramatically reduce audience overlap. And in essence, we're starting to limit the ways clients were bidding against themselves. And the effectiveness of the campaigns rose very, very noticeably."

IPG is doing that work even though it can't plug client first-party data in, according to Krakowsky, adding that it will benefit from incorporating a much richer Acxiom data set.

Will this lead to divestitures at IPG?

The company will not have to sell any assets to fund the acquisition, Roth said.

"We went through a review of our strategic assets a number of years ago and we felt that the core businesses we have right now are exactly that—core businesses," he said. He added the holding company has financing for the transaction, feels comfortable with the leverage ratios and believes the company will maintain investment-grade ratings.

"There's no reason for us to have to do something that's not consistent with the long-term strategy to pay for this transaction," he said.

Why buy Acxiom Marketing Services instead of renting data?

"The world has changed," Roth said. "Given the scale that is necessary to compete on a global basis, given the relationships now between data and marketing services, our view was that we had to take a hard look at the question of renting versus owning."

Roth said IPG has always looked at Acxiom as a transformational transaction, but "candidly, it wasn't available."

"We stay agnostic relative to technology in terms of adtech and martech, but we're really saying that when it comes to data, we believe that there's a significant advantage in having scale in data," he said. "As people have gotten more and more focused on privacy and on regulating the ways in which people are handling data, the disadvantage of not having a prominent place at that table has started to look like to us like one that—we didn't like that trade."